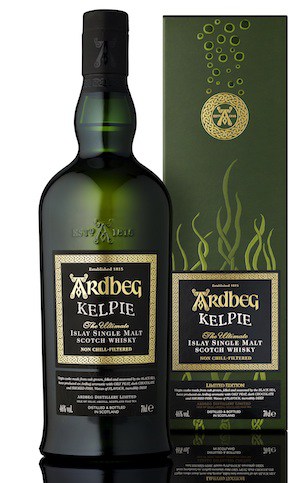 Ardbeg knows well how to whip up the fans in its Ardbeg Committee annually as it debuts bottling after bottling each year geared towards keeping its more ardent supporters happy. For this year they’ve unveiled and already made available to these people Kelpie, but for the rest of us, a more general version is coming as well.

As we touched on last year, Kelpie is a rather unique non-age statement whisky in that it was aged in virgin Black Sea oak casks that were crafted from wood grown in the Adyghe Republic, a part of Russia proper. Why, might you ask? It is said these casks impart “incredibly deep” flavors into what is put into them.

While this is the first Ardbeg to have been aged in these barrels, not all of what has gone into the final bottle, however, is this stock. What was produced from this special maturation was then married with more traditional Ardbeg, matured in ex-bourbon barrels, to create the final flavor profile as we’ve outlined at the end of this story from the distillery.

“Ardbeggians and their smoky malt friends will have the chance to celebrate with a dram or two of Ardbeg Kelpie,” said Ardbeg distillery manager Michael (Mickey) Heads in a prepared statement. “With a heart matured in Black Sea casks, this whisky’s extraordinary depth and its waves of salty seaweed and tarry rope, hint at what might be hiding under the sea…”

As it stands now, the Committee bottling, which went on sale recently, is bottled at 51.7% ABV, while the more general release, which will swim into retail on Ardbeg Day (June 3), is bottled at 46% ABV. The latter is being priced at £98, or about $125 USD.

A splash of water brings forth some classic Ardbeg notes, such as creamy coffee, smoked fudge and pine resin.  Even some hints of smoked coconut.