Fans of Ardbeg, the single malt Scotch whisky distillery located on the remote island of Islay that celebrated its 205th birthday this year, will soon get a taste of the company’s past. January of 2021 sees the worldwide release of Ardbeg 25 Years Old, a single malt that is the oldest whisky to be part of their core range.

“After a quarter of a century in the cask, you’d be forgiven for imagining that Ardbeg 25 Years Old would have lost some of the hallmark Ardbeg smoky punch. I can assure you it hasn’t,” Ardbeg’s whisky creator Dr. Bill Lumsden said, in a prepared statement. “And yet there’s also a remarkable complexity and elegance to this whisky that I find utterly captivating. It’s unmistakably Ardbeg, but unlike any Ardbeg you’ve tasted before.” 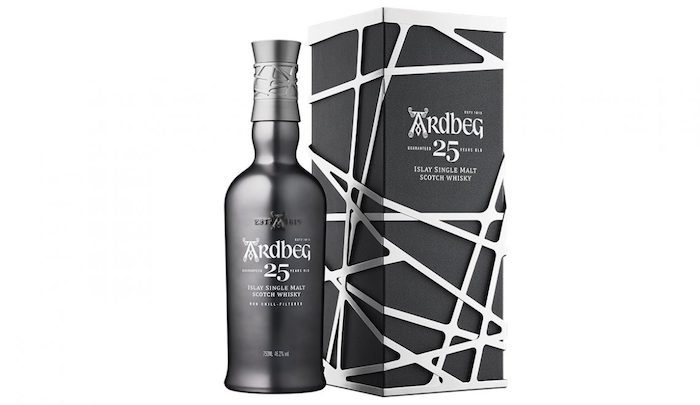 The spirit was first distilled during a particular dark time in Ardbeg’s history, being bottled from rare casks filled during the 1990s. After two acquisitions by larger firms and a huge drop in sales, the distillery was forced to close in 1991. It wasn’t until six years later that Ardbeg reopened and they were able to return to producing whisky at full capacity. The distillery has only thrived since then, twice earning World Whisky of the Year honors and even launching some of their whisky into space.

The 46% ABV, Ardbeg 25 Years Old arrives in a gun metal bottle, packaged in a metal case that the distillery says features “a modern take on the classic Ardbeg knotwork, and symbolic of the untamed complexity of this extraordinary whisky.” Official tasting notes are below from the brand.

278
Shares
17.4k
Views
Share on FacebookShare on TwitterGet Our Newsletter
Get The Macallan® Rare Cask at ReserveBar. Shop now!