Arbikie & Rye Whisky: A Scottish Romance for the Ages

Reviving the pure essence of field-to-bottle spirits, Scotland’s Arbikie Distillery has rocked the spirits world yet again with the recent release of its Highland Rye Scotch Whisky. Joining a line up of farm grown expressions that includes awarding-winning vodkas and gins, the rye addition bestows the brand with even more street cred as it is the first mature Scotch whisky made with rye in over a century. But historic recognition aside, the rye production provides even greater opportunities for showcasing the farm’s terroir as well as the family’s dedication to sustainable, single-estate spirits.

Overlooking a picturesque sea cliff along the east coast of Angus, records indicate distillation on Arbikie Highland Estate dating all the way back to 1794. Now tending the estate is the Stirling family, who arrived from the west coast during the 1920s, bringing with them generations upon generations of farming expertise. Now with over 400 years of family farming under their belts, brothers John, Iain, and David carry on the Stirling tradition of respecting the land by reviving the farm’s distant history of field-to-bottle distillation.

A concept often discussed with wine yet hardly with spirits is a distinct sense of terroir. But at Arbikie, terroir is king. Planted over rich soils along the North Sea and tucked away into the microclimate of Lunan Bay, the farm benefits from longer growing seasons kissed by plenty of sunshine. A rather unique situation for Scotland’s notoriously erratic climate, the Stirlings are able to grow a wide spectrum of crops – even difficult ones such as rye. That said, the estate remains true to its roots in that it’s often faced with the unpredictability of Scottish weather. Battling everything from dry summers to wet autumns, growing is certainly not without its challenges and differentiating vintages. 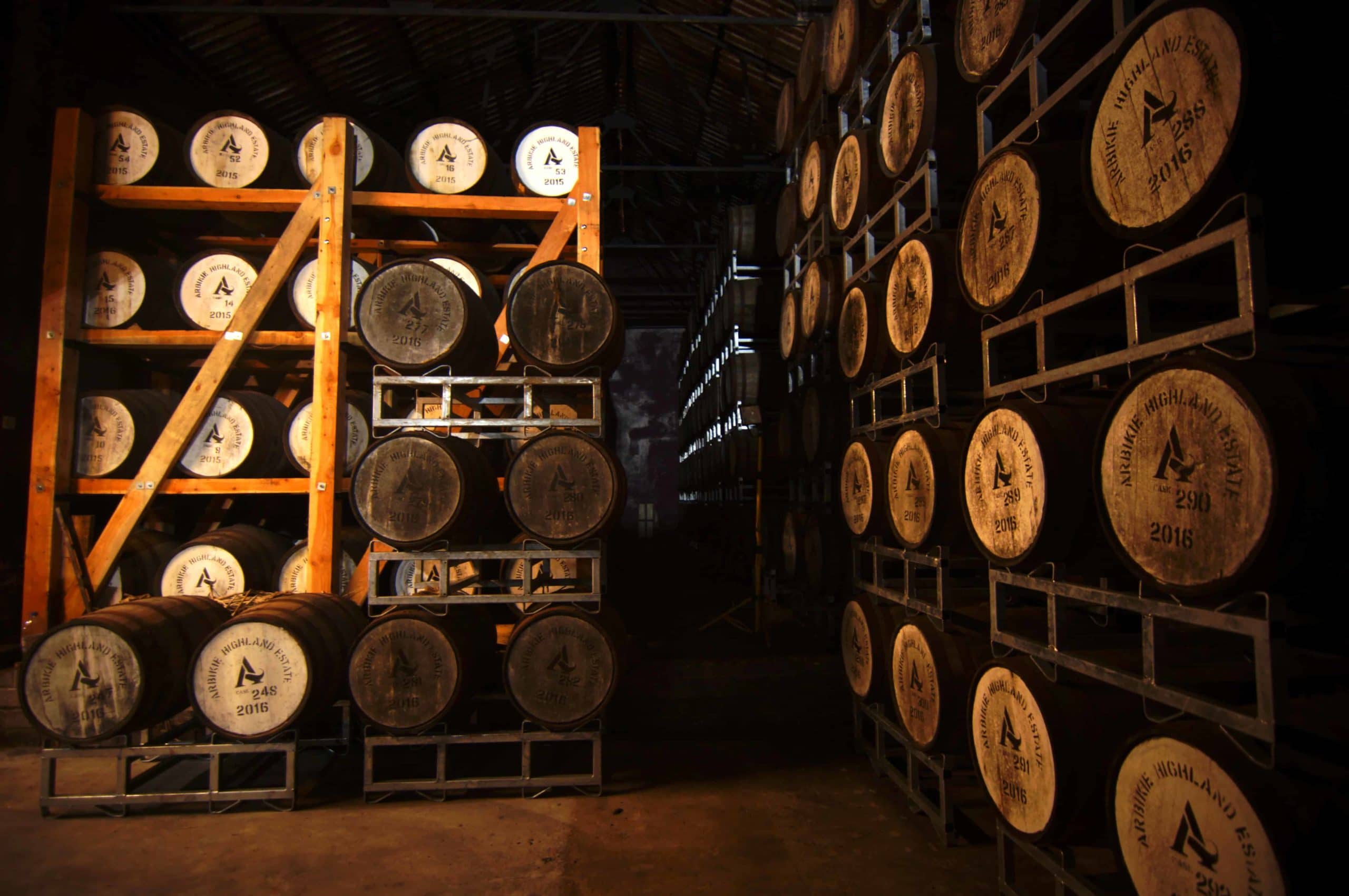 So why rye, and why now? It is a task the Stirling brothers looked to undertake. Aiming to reestablish the country’s historic connection to rye farming and distilling, they’ve taken it from being Scotland’s lost art to the exciting spirit category of today. And in addition to benefiting the local community, the added perks of growing rye is that it strengthens their efforts to produce spirits sustainably, since gathering directly from the source minimizes the carbon footprint while the vigorous straw can be utilized for other purposes.

Working closely with agronomists and grain merchants, the brothers had searched for the best rye species for their farm and landed on Arantes – a spring rye harvested roughly four weeks later than winter rye. Further highlighting the grain’s unique characters, they stick with unmalted rye in order to emphasize the spicy and herbal qualities. Additionally, rye’s unmalted version produces less fusel oil and results in a cleaner spirit. But, as with the many beauties of Scotland, no two years are the same.

“Every year our rye growing conditions are different,” says Iain Stirling. “So, like wine, [the vintages] will be different.”

Luckily, with the right equipment in place, along with the renowned expertise of Arbikie Master Distiller Kirsty Black, the team can face each vintage with open minds and the know-how to produce the finest spirits year after year. With most other spirit productions, there are several steps of separation between the base ingredients and the bottle. But in furthering their commitment toward field-to-bottle traceability, the Arbikie team will continue to set a positive example for the spirits industry by minimizing the environmental impact of their production. And as they touch each step within the process, the sky’s the limit for the future of their spirits.

“We have been growing blackthorns on the farm for a number of years,” adds Stirling. “This gives us the option to make sloe gin following our ‘Field-to-Bottle’ ethos.”