Angel City FC, a new National Women’s Soccer League set to take to the pitch in spring 2022, announced recently Jane Walker, a Diageo owned whisky, will be the team’s founding and exclusive spirits partner as a symbol of what’s described as the Johnnie Walker brand’s commitment in gender equality.

The Angel City Football Club said in honor of the partnership, it will produce a Jane Walker contest series to showcase the “firsts” the team has achieved, including becoming the first National Women’s Soccer League team in Los Angeles and the first majority women-founded, owned and operated pro-sports team,

This is Jane Walker’s first sports partnership and highlights the brand’s commitment to gender equality. Johnnie Walker announced its Jane Walker initiative and launched the First Women campaign, in which it says it is celebrating “bold, brave women who broke barriers to be a first in their field and to inspire and enable other women.” 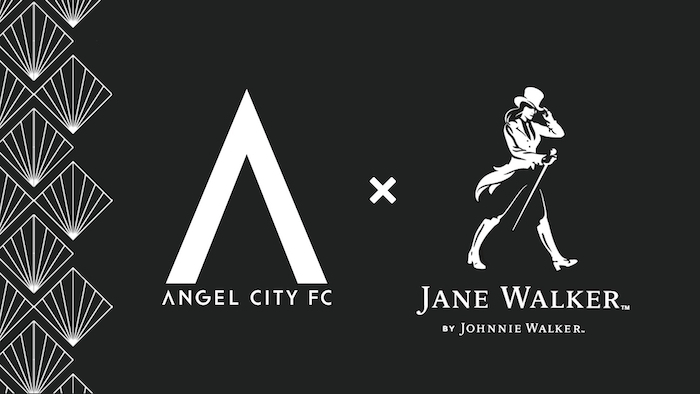 Through the Angel City Sponsorship Model, Jane Walker and ACFC will collaborate to re-allocate a portion of the value of their sponsorship to help create more opportunities for women to achieve their goals.

The partnership will provide grant funding to Los Angeles-based businesses that will be announced throughout the partnership. The first grant recipient will be MODEFYwear, an activewear company that allows women to embrace what’s described as their heritage without making sacrifices.

“Angel City is passionate about breaking down barriers and elevating women, and we are thrilled to welcome Jane Walker in this shared pursuit,” said Julie Uhrman, Founder and President of ACFC, in a prepared statement. “This announcement is only the beginning of many firsts for the team that we plan to celebrate together, and we can’t wait to bring this incredible partnership to life!”