An Amazing Private Whisky Collection Is Now Up For Auction

The late Mr. Richard Gooding, it is said, was, during his lifetime, an American private collector from Colorado. Mr. Gooding spent decades in pursuit of creating what has come to be known as “The Perfect Collection” of whisky, “leaving no stone unturned by traveling regularly to Scotland with his pilot in search of special bottles at auctions and distilleries.” Until recently, the Collection has been housed in Mr. Gooding’s ‘Pub’ – a dedicated room located in his Colorado family home that was specially designed to showcase each one of his whiskies in all their glory.

Now, the entire collection, all over 3,900 bottles of it, is up for auction in what’s been billed by auction house Whisky Auctioneer as “the largest private collection of whisky ever to go on sale.” It is also being called “the most extensive whisky collection to go to online auction.” It is expected, during the two auctions that will be used to sell the collection, that “some of the bottles could potentially fetch a hammer price of over £1 million.” 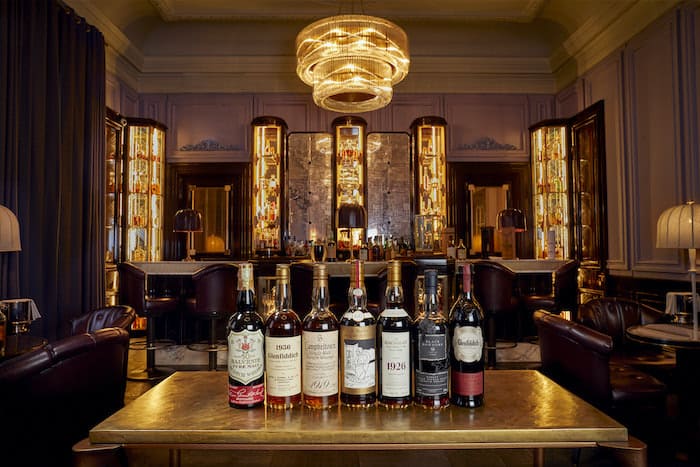 “The eclectic library of whiskies also consists of a number of bottlings from some of Scotland’s lost distilleries, including an Old Orkney Real Liqueur Whisky circa 1930s from Stromness Distillery. Some of the bottles have never or rarely been seen before at auction, by whisky experts or connoisseurs.

“The auction will also feature an exceptionally large offering of The Macallan, including revered releases from their Fine and Rare series and Lalique range, a wide selection of Springbank, including examples of their celebrated 1960s vintage Local Barley series and many stunning early 20th century vintage whiskies, such as the Longmorn 1939 Mayor, Sworder and Co. and Talisker Berry Brothers and Rudd circa 1930s vintage.” 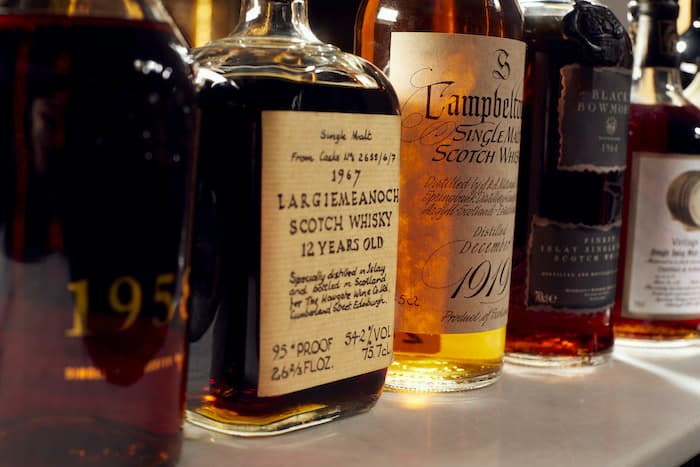 The second part will run from 10th April – 20th April and contains the remaining bottles from The Collection, including The Macallan 1926 Fine & Rare, Glenfiddich 1937 Rare Collection 64 Year Old and The Balvenie 1937 Pure Malt 50 Year Old.

“The Perfect Collection by Mr. Gooding is making whisky history,” said Iain McClune, Founder of Whisky Auctioneer, in a prepared statement. “Amongst the over 3,900 bottles is the largest collection of The Macallan ever to go to auction, including the limited opportunity to acquire the 1926 Valerio Adami and 1926 Fine & Rare 60 Year Old bottlings. It is with great pleasure that we present The Perfect Collection by Mr. Richard Gooding part one.

“Featuring some astonishingly rare and iconic bottlings, many of which have scarcely been seen before on the secondary whisky market, it is sure to excite much interest from across the globe.

“For me it is the diversity within The Perfect Collection that is perhaps the most exciting aspect. The breadth makes it an opportunity accessible for all: from those new to whisky collecting to the seasoned connoisseur looking to crown their collection, there is something here for every whisky lover.”

162
Shares
3.1k
Views
Share on FacebookShare on TwitterGet Our Newsletter
Get The Glenlivet 18 Year Old at ReserveBar. Shop now!