Editor’s Note: This article comes to us courtesy of Ruben Luyten, a whisky and sherry blogger who runs WhiskyNotes.be. All images are courtesy of him. Also note this a multi-page article, so please make sure to navigate through all the pages to read the whole thing.

It was not too long ago I was in the sherry triangle to not only host a sherry tasting but also to further investigate the relationship between the sherry industry and the whisky industry, more specifically the definition of a ‘sherry cask’ as used in both industries. I am regularly hosting tastings with a line-up of sherry and whisky, and there is still a lot of confusion among whisky lovers when it comes to sherry and sherry casks.

I’ve already written an article Sherry and oak on my sherry blog but I think a new one is required from a whisky perspective.

First I’d like to quickly look at barrel ageing in general. Maturing in a cask has four major effects on wines or spirits:

Whisky maturation is a mix of all four processes, but as we’ll find out sherry maturation has different requirements. This means both industries prefer different types of casks. 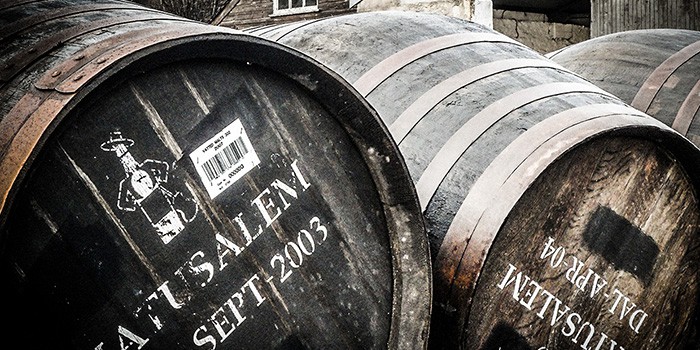 Sherry is a fortified wine. It is matured in wooden barrels, but contrary to regular table wines, the barrels are arranged in a solera, a system of fractional blending. Casks in a solera are arranged in groups (called criaderas or nurseries) where each group contains wine of the same age. When wine is bottled from the oldest group (also called solera), the casks are topped up with wine from the younger group, and so on.

This means the wines are continuously blended while gradually becoming older. By law you can only take out one third of the liquid at once, so barrels are never emptied. 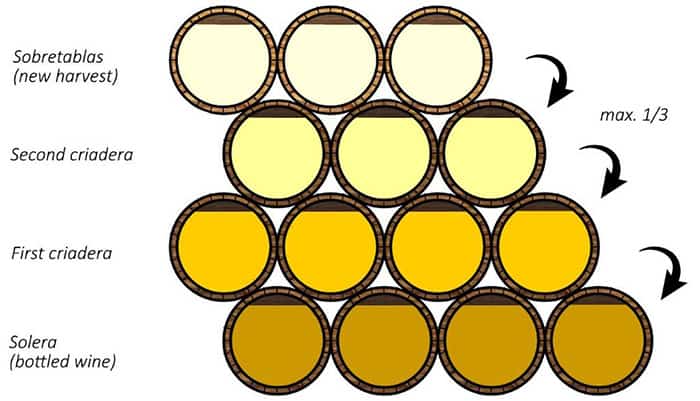 There are two major types of sherry. Biologically aged sherry (Fino / Manzanilla style) naturally develops a layer of flor (different strains of indigenous yeasts) on top of the wine, which shields the wine from the air inside and outside the cask. Wooden barrels and their pores have a certain ‘memory’ for particular yeasts and microbes. Before pouring precious sherry into a cask, a bodega will need to neutralize the cask (as tannins are counter-productive for flor) and acclimatize the cask in its cellars to get it in line with the already present yeasts. This is a delicate and time-consuming process, so it shouldn’t come as a surprise that bodegas avoid bringing in new casks.

The other major type of sherry is oxidatively aged: Oloroso and Pedro Ximénez. These are fortified to a higher strength, which inhibits yeast development and lets the wine age oxidatively. In this case sherry bodegas are looking for a maturation vessel that is naturally breathing, to provide a controlled oxidation. However the casks are fairly neutral in terms of flavours, with almost no tannins or other aroma compounds that might influence the wine.

Nowadays you will only find American oak butts in sherry bodegas. American oak is easy to work with and tends to leak less, so casks require less maintenance.