9,000 Bottle Whisky Collection From A Former “Whisky Novice” Goes Up For Auction

Whisky Auctioneer is known for being an extremely popular whisky auction site out of the United Kingdom. For one of their latest auctions they have been given access to what’s said to be the world’s largest private whisk(e)y collection ever to be sold through such a retail format. Put together by an individual who originally was a “whisky novice,” it now consists of over 9,000 bottles from more than 150 Scottish distilleries as well as bourbon, rare Scotch releases from independent bottlers in Europe and whisky from other distilleries across the globe.

What’s known as Pat’s Collection, according to those behind it, came about as the result of a private collector named Pat (last name withheld), who initially sought to explore this spirit category. As his collection grew his goal was to gather bottles “to be opened, enjoyed and shared with others. However, his determination to explore every area of whisky soon outstripped his ability to open the bottles he was acquiring and so began not only his collection but his pursuit to create one of the most complete libraries of whisky ever amassed by a single collector.” 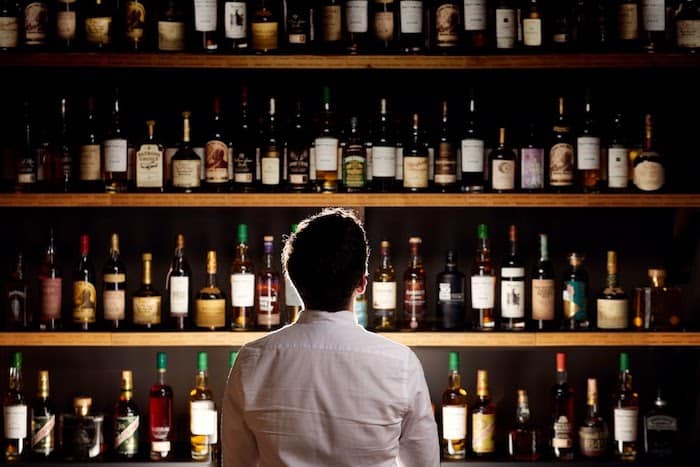 Plans call for this collection to be auctioned off in the coming months, starting with an ongoing “world whiskies” auction running now through October 5th. Highlights from this are said to include “sought-after Japanese distilleries Karuizawa and Hanyu. In addition to this will be several of the highly sought ranges collected by Pat, including an impressive offering from cult favourite farm distillery, Daftmill and some stunning aged expressions of Bowmore, Port Ellen, Caperdonich and Highland Park from the Duncan Taylor Tantalus series, some of which have never been seen at auction before.”

I have always fought against whisky snobbery and wanted to create a collection for drinking and enjoying responsibly,” said Pat, the owner of the collection, in a prepared statement. “Good whisky can be discovered literally anywhere and come at any price, wherein lies its beauty.  The significance of this wide range of whisky styles, from single malts to grain and blends, is that it’s unlikely anybody will ever be able to replicate such a collection on the open market without directly acquiring large private collections. Many bottles included will simply never or at least rarely be available again. I was fortunate to start my collection at the time I did.

“Collecting started off with the Douglas Laing Old and Rare Platinum Selection and grew from there. The collectability of this library is essentially a trinity of the liquid quality, the presentation, artwork and packaging and an interesting or unique concept behind each series.”

“The entire collection has an estimated hammer price of approximately $5 million, however the focus for starting the project was never on ultra premium priced whiskies,” added Iain McClune, founder of Whisky Auctioneer. “The value of the collection lies in its completeness, with many of the most lauded series from some of the finest distilleries in the world featured here in their entirety.

“The story behind how the collection started is an intriguing one. The collector came from not even enjoying whisky to becoming hooked and he pursued with zealousness this journey to not only collect, but also gain knowledge and experience in the world of whisky.

“The upcoming auctions are a unique opportunity for whisky lovers old and new to start or complete a collection and for me, it is this accessibility that sets Pat’s Whisk(e)y Collection apart from others we have seen. It goes against the grain of whisky only being for experienced connoisseurs, and is a collection for everyone, accessible to all, and most importantly, something to be enjoyed.”

100
Shares
9.6k
Views
Share on FacebookShare on TwitterGet Our Newsletter
Get The Macallan® Rare Cask at ReserveBar. Shop now!