The 2022 vintage is bottled at 54.6% ABV and each is individually numbered and carries the signature of Writers’ Tears creator and Walsh Whiskey co-founder, Bernard Walsh. 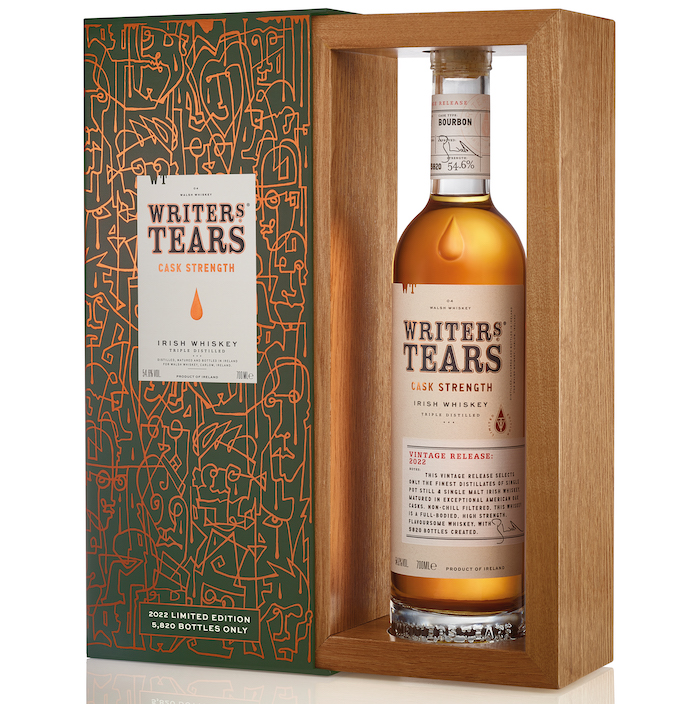 “Cask strength Irish whiskey is still quite rare, but our vatting combining both pot still and single malt is truly unique,” said Bernard Walsh in a prepared statement. “Consumers are looking to trade-up their Irish whiskey experience and this is a genuine super-premium expression that has steadily built a following internationally over the last 12 years.”

The distiller’s notes for the 12th Vintage of Writers’ Tears Cask Strength Whiskey show that on the nose, it has aromas of pear drops and candied fruits. The palate features notes of heather honey, fennel and cinnamon spice. It finishes with a hint of creamy, chewy toffee.

First created by Walsh in 2009, Writers’ Tears now features a range of eight triple-distilled Irish whiskeys. Walsh said Writers’ Tears got its inspiration from the golden era of Irish whiskey, pot still distillation and its bond with creative thinkers and artists, stemming from the literary greats that defined Irish culture in the 19th and 20th centuries.