Ireland’s Waterford distillery, founded by former Bruichladdich miracle worker Mark Reynier, has a decidedly high quality focus upon single origin whiskeys. As we’ve mentioned in recent stories, their whiskeys are all about highlighting the terroir of a specific farm’s barley. Now a range of their expressions are coming available in the US.

The US range of Waterford Irish whiskeys, according to those behind them, include three specific single farm offerings and also one blended from a group of the various farm barleys. The official details for each are as follows:

The brand also noted that all of its whiskeys “are fully matured in a spectrum of super-premium oak including first-fill and virgin US oak, Vin Doux Naturel – sweet fortified wines – and premium French oak. They’re each bottled at 50% ABV without colouring, chill-filtration or any additives.” 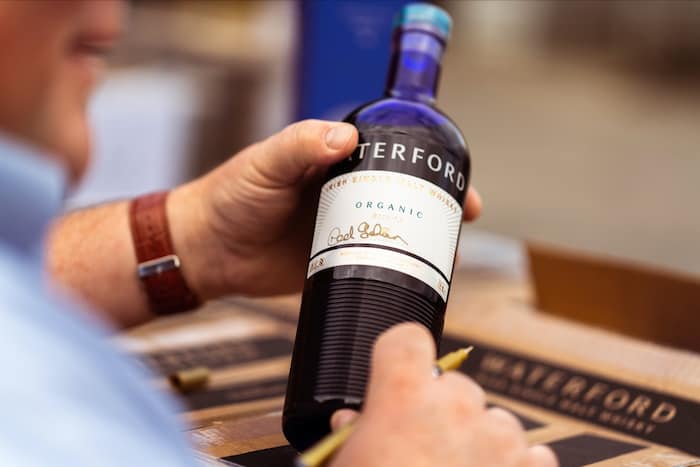 “What we’re producing is single malt whisky that happens to be made in Ireland,” said Reynier in a prepared statement. “What we are doing is an intellectual proposition. It is for the curious, not the followers.”

As it stands now plans call for the three single farm whiskeys to price around $95, while the Organic: Gaia 1.1 will price around $110. All are being imported by Glass Revolution Imports. You’ll find official tasting notes below for each.