“Cask strength Irish whiskey is still quite rare, but our vatting combining both Pot Still and Single Malt is truly unique,” Walsh said in a prepared statement. “While still a very limited number, we are pleased to be able to offer some 6,000 bottles this year to our growing worldwide community.”

Established by Bernard and Rosemary Walsh in 1999, Walsh Whiskey is a family business dedicated to playing what’s described as a part in the revival of Irish whiskey as one of the world’s most appreciated spirits. The Writers’ Tears release is inspired by the so-called golden era of Irish whiskey, pot still distillation and its bond with creative thinkers and artists that defined Irish culture in the 19th and early 20th centuries, including writers such as George Bernard Shaw, Oscar Wilde, W.B. Yeats, Lady Gregory, James Joyce, Samuel Beckett and Bram Stoker. 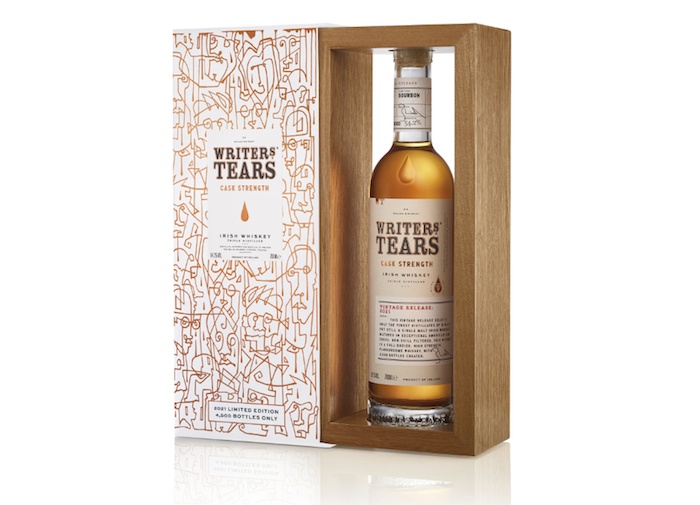 With only 6,000 individually numbered bottles available, this new release is for sale across selected markets worldwide, with 1,500 bottles destined for the USA and 4,500 distributed across the rest of the world including key markets; Ireland, Canada, Austria, France, Germany, Holland, Russia (Alberta & British Columbia), the UK and Travel Retail. It will be available for a retail price of USD $150/ €140.

Official tasting notes can be found below.