The Irishman Vintage Cask is a marriage of aged single malt and aged single pot still whiskey, matured in first-fill bourbon casks, non chill-filtered and bottled at 109.6 proof. It has a suggested retail price of $140 USD. 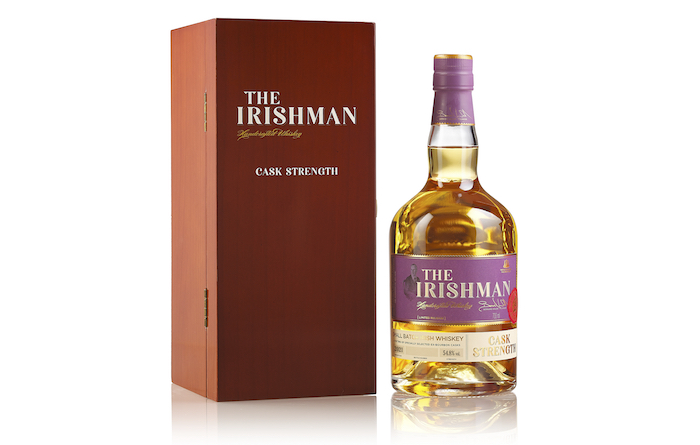 Bernard Walsh, founder of Walsh Whiskey, described the 13th edition of The Irishman Vintage Cask, saying in a prepared statement, “We have built a strong following for our cask strength vintages over the years, with many choosing to develop collections. The 2021 vintage has decadent notes of candied orange and cherries to the fore, while a subtle nuttiness builds slowly on the palate.”

Each bottle of The Irishman Vintage Cask 2021 is presented in a fine wooden cask, uniquely numbered, with a dated certificate signed by Walsh, the whiskey’s creator. It is available in Travel Retail and a selection of countries including the USA, Ireland, Australia, Canada, France, Germany, Holland, Japan, Poland, Russia, the UK and select Travel Retail outlets.

Established in 1999 by husband and wife, Bernard and Rosemary Walsh, Walsh Whiskey produces Irish whiskeys – Writers’ Tears and The Irishman.  Official tasting notes for this whiskey are below.

Shares
2.9k
Views
Share on FacebookShare on TwitterGet Our Newsletter
Read More Whiskey News
Slane Irish Whiskey, Red Bay Coffee Join Forces To Celebrate National Irish Coffee Day
Cheers to the Dads! Personalize a bottle of his favorite whiskey to create a modern gift for the modern man. Use code: FATHERSDAY20 for $20 off your next order of $100 or more at ReserveBar