Editor’s Note: A previous version of this story indicated the whiskey being imported was Irish – it is, in fact, Scotch. We’ve corrected the error.

“We are delighted to introduce these exclusive single malt expressions to the United States, that reflect the outstanding quality and craftsmanship of our whiskies,” said Michael Elliott, General Manager at Tullibardine Distillery, in a prepared statement. 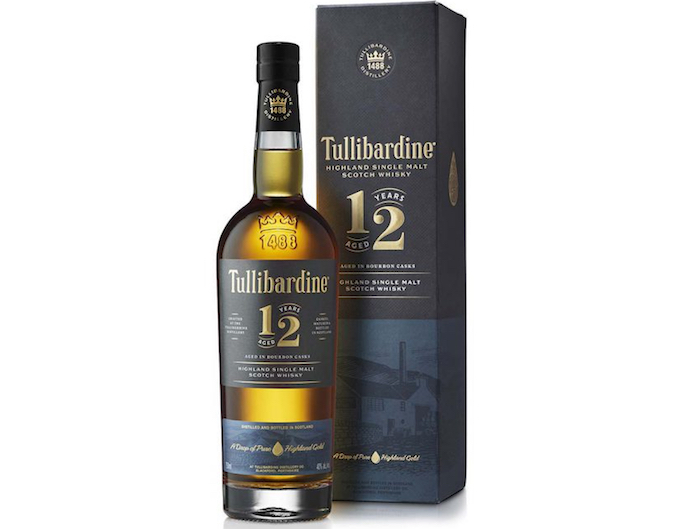 Tullibardine Artisan was matured entirely in ex-bourbon barrels and bottled at an ABV of 40% with a floral and cereal character. Official tasting notes for it, per the distillery:

The Tullibardine 12-Year-Old, meanwhile, is the distillery’s signature single malt for the U.S. market. It has been matured in first fill ex-bourbon casks for 12 years minimum. This creamy expression was bottled at an ABV of 40% and has notes of soft citrus, toffee apples and freshly baked biscuits.

Official tasting notes for it, per the distillery:

The 750 ml bottles for each are stocking shelves for a suggested retail price of $29.99 for the Artisan and $44.99 for the 12-year-old. These new expressions will be available in California, Colorado, Connecticut, Delaware, Florida, Georgia, Hawaii, Illinois, Indiana, Iowa, Kentucky, Minnesota, Nebraska, North Dakota, Nebraska, Nevada, New Jersey, New York, South Dakota, Tennessee, Texas and Wisconsin.

Tullibardine, located in Blackford, is one of the oldest distilleries in Scotland. It was founded in 1488 as a brewery and is known for being the site of the first public purchase of beer. In 1947 the brewery switched gears and became a distillery.

23
Shares
4.4k
Views
Share on FacebookShare on TwitterGet Our Newsletter
Read More Whiskey News
Whiskey Review: Midleton Very Rare 2020
Cheers to the Dads! Personalize a bottle of his favorite whiskey to create a modern gift for the modern man. Use code: FATHERSDAY20 for $20 off your next order of $100 or more at ReserveBar