Tullamore D.E.W. Drops Some New Irish Whiskies Into The U.S.

Tullamore D.E.W. is the second largest Irish whiskey in the world, so it is a brand many American fans of this category are already familiar with. Popular expressions from this lineup owned by William Grant & Sons include 10- and 12-year-olds, and joining them now are the new Tullamore D.E.W. 14-Year -Old and Tullamore D.E.W. 18-Year-Old bottlings as limited edition releases starting this month.

The Tullamore D.E.W. 14-Year -Old and Tullamore D.E.W. 18-Year-Old offerings, according to those behind them, are typical to the Tullamore formula in that they are triple distilled and triple blended from all three types of Irish whiskeys: pot still, malt, and grain whiskeys. They are also finished in a mix of bourbon, Oloroso sherry, port and Madeira casks. 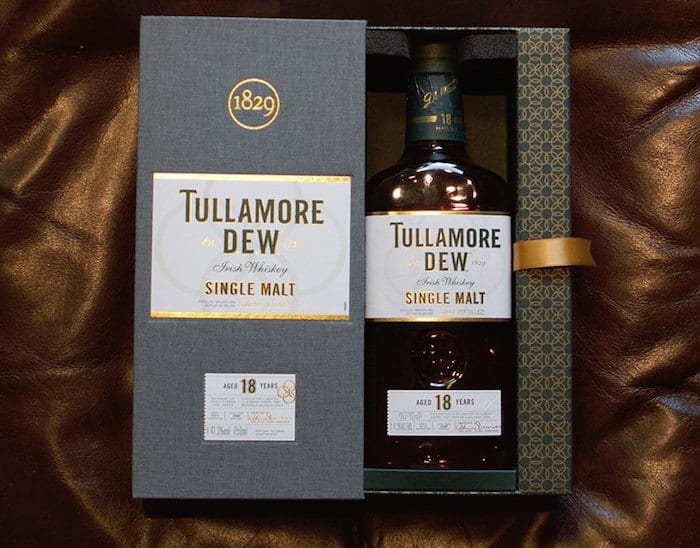 As a result of the above approach, both age statement whiskies have in common a “long-lasting sweet finish and notes of ripe apples, sweet citrus and hints of tropical fruit, all enveloped in vanilla oak.” Should you choose to track down one, expect to pay around $70 for the 14-year-old and at least $110 for the 18-year-old.

“We have a treasure chest of outstanding aged single malt at Tullamore D.E.W.,” said John Quinn, Tullamore D.E.W.’s longtime global brand ambassador, in a prepared statement. “While much of this gets used for our core triple-blended range, the opportunity to release a limited amount for the enjoyment of single malt enthusiasts was too exciting to pass up. The four cask finish adds a rich depth of flavor and perfect balance, while allowing the spirit’s true character to shine through.”

Now, if for some reason you are one of the few Irish whiskey fans unfamiliar with the brand, here’s a tidbit of information from them to educate you. The brand was created in 1829 in “Tullamore, a town in the heart of Ireland, and was fostered by the vision of an early founder Daniel E. Williams, whose initials live on the bottle to this day. In 2014, Tullamore D.E.W. was brought back to its roots with the opening of a new distillery in the town of Tullamore, which returned whiskey production to the town 60 years after the original distillery closed its doors.”