The Imperial Stout Finish is sourced from County Down, which sits in the shadows of the Mourne Mountains. Its Kreme de la Kremlin Imperial Stout brings orchard fruits and butter toffee tastes to the whiskey in what the distillery describes as a “luxurious mouthfeel of light toffee, coffee, vanilla sweetness and cinnamon spice follows.” 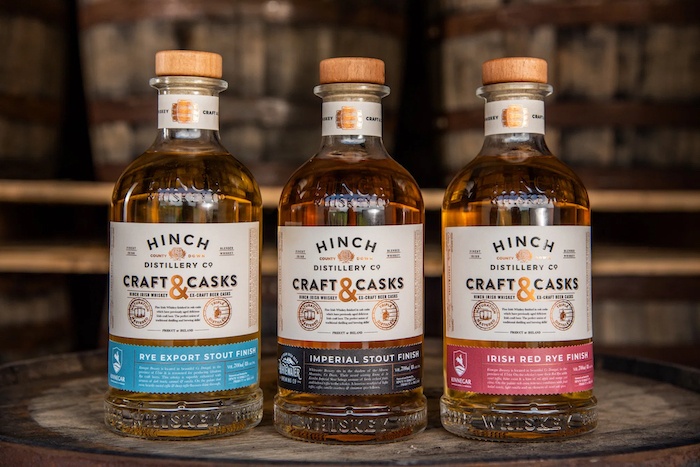 The launch of Craft & Casks broadens the portfolio of Hinch Distillery, which now boasts a collection of nine whiskeys, and follows the release of the distillery’s 18-year-old single malt finished in Château de la Ligne Grand Reserve wine casks.

“The union of whiskey with craft beer barrels is an emerging trend within the distilling industry and demand is surging,” said Aaron Flaherty, Hinch head distiller, in a prepared statement. “While Hinch is a relatively new name to the drinks’ fraternity, we have quickly risen to a par with the best around, beckoning prestigious awards in our two years of operation. We are a recognized player in the whiskey scene globally and we always strive to be innovative in the whiskeys we create while paying attention to current trends in the category.”

Hinch Distillery now turns its attention to the opening of its visitors center, which includes a brasserie bar and restaurant, outside courtyard space, and multi-purpose events space at its 30,000-square-foot site on Killaney Estate located between Belfast and Ballynahinch.