The Teeling Whiskey Company, operating out of Ireland, is working quickly to establish itself as a strong player in this region’s resurgent whiskey sector. It began distilling its own in-house whiskey at its new distillery in Dublin just a few months back, and now has officially thrown open the doors of its facilities to the public.

The brand new Teeling distillery and visitor center in Ireland’s capital, according to those behind it, came at a cost of €10 million and is the first of its kind in this city in over 125 years. Those who arrive there to check out the operations will be able to partake in whiskey tasting tours as well as enjoy an onsite cafe and bar. Private event space is available as well for larger affairs. 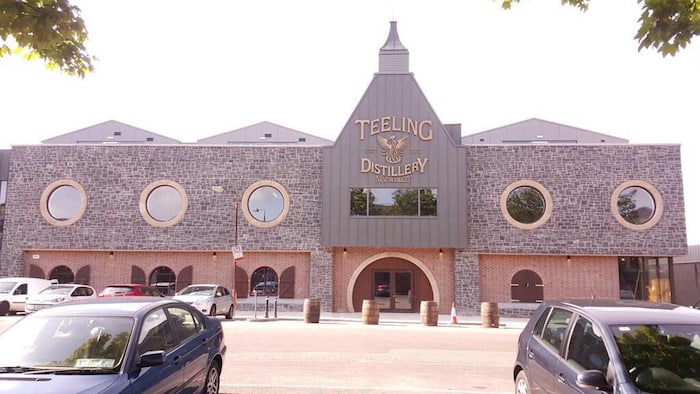 With everything under one roof now, noted Teeling, it now has complete control of all aspects of whiskey production from grain to bottle. The distillery appears to be the crowning achievement of founder Jack Teeling, who aimed to bring back “his family-old trademark of Irish whiskey” to the streets of Dublin, where his ancestor Walter Teeling had a similar operation in the 18th century.

“Today is a momentous day in the history of our company and something we have been working towards for the last three years,” said Teeling in a statement. “We are delighted to officially open our brand new distillery and bring back the tradition of distilling to Dublin.  We are also looking forward to opening our doors to our first official visitors this weekend and we’re confident that our distillery will become a must-visit destination for tourists to Dublin from all over the world.”

Irish whiskey, as mentioned earlier, is entering something of a renaissance against the backdrop of growing whiskey interest on a global scale. Sales of this particular category of whiskey alone, according to one recent report, are expected to grow by 60% by 2019.