The cousin-initiated collab was brought together by Geltson’s owner Johnny Neill and Sam, allowing them to merge flavors and aromas from two different hemispheres. The liquid in question was triple distilled and matured for 19 months in ex-bourbon casks, before making its way to Sam’s French Oak casks in New Zealand, which had previously held his premium Central Otago Pinot Noir, for a further 21 months of aging. 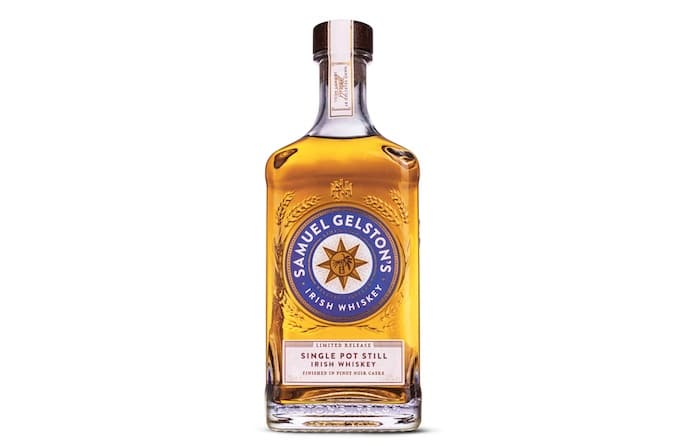 Official tasting notes hint this expression is “malty on the nose with hints of strawberry, nutmeg and tropical fruit. On the palate it is big, rich and sweet, with a hint of dryness, a note of blackcurrant and dash of spice – all with sweet, jammy notes on the finish.”

“For the first time in 150 years, we’re bringing together the expertise from both sides of the family – the result being an incredibly exciting sweet, honeyed and very inviting Single Pot Still Whiskey,” said Johnny Neill in a prepared statement.

Johnny’s great, great-grandfather Harry Neill is said to have opened the doors of McCallum Neill & Co in 1851, before purchasing Samuel Gelston’s Old Irish Whiskey upon the death of its founder Samuel Gelston in 1869. His younger brother (and Sam’s great-grandfather) Percival opened the doors of Messrs Neill & Co in Dunedin less than two decades later in 1882.

The brand remained in the Neill family through generations, despite serious challenges as they entered the 20th century. The combined effects of World War I, the Irish War for Independence and Prohibition led to Samuel Gelston’s Old Irish Whiskey’s evident demise until Johnny teamed up with master distiller Frank McHardy to bring the brand back to life.

Over the past few decades, it was noted, Johnny and Sam Neill have continued the family legacies on opposite sides of the world, with Johnny focusing on artisanal spirits and Sam spending 30 years being involved in growing premium pinot noir.

Samuel Gelston’s Single Pot Still Irish Whiskey Finished In Pinot Noir Casks, bottled at 40% ABV, is available online in a few places and also through the brand for £26, or around $35 USD.

12
Shares
1.2k
Views
Share on FacebookShare on TwitterGet Our Newsletter
Get The Glenlivet 18 Year Old at ReserveBar. Shop now!