The Roe & Co Cask Strength 2020 Edition, the second installment of a new cask strength series, is a 13 year old single malt that was matured entirely in port casks. Port casks, according to the distillery, are known to create intense flavors in spirits, with an intricate array of dark berry, chocolate and spice notes that are reflected in this expression. 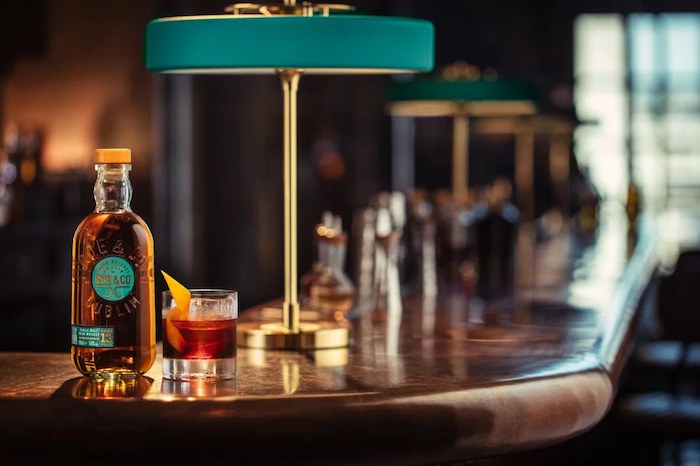 This single malt was bottled at 58% alcohol by volume and showcases the flavors of the whiskey straight from the barrel given its cask strength approach.

“For me this is perhaps my most anticipated release to date,” said Alan Mulvihill, Global Brand Ambassador at Roe & Co, in a prepared statement, “not because of its age or because of the fact that it is a single malt but because once again we get to shine a light on the inherent base processes of whiskey production; excellently distilled Irish spirit, amazing casks and no interruption by human contact.  This is whiskey at its most raw and I love it.”

This edition, as noted previously, is part of a limited series, following the release of a cask strength bourbon aged liquid in 2019. It’s Roe & Co’s first single malt offering, and is available in the Republic of Ireland and Northern Ireland at a range of locations for €74, or around $90 USD. Limited official tasting notes indicate that, on the palate, it has a “velvety texture, molasses, honey-roast barley, hints of fresh ground coffee and cherry ripe chocolate bars.”

Below you’ll find a suggested cocktail recipe from the brand.

Stir down, serve over good ice in a rocks glass with a fresh pink grapefruit twist.