One Of Ireland’s Oldest Whiskeys Makes Its Return

One of Ireland’s oldest whiskeys dating back to 1750 is making its debut across the United States.

Limavady Irish Whiskey returns under the banner of the leaping dog, inspired by the Gaelic origins of Limavady – Leim an Mhadaidh, meaning “Leap of the Dog.” The bottling and distillery were named from what’s said to be the story of a fabled leap across the River Roe by an Irish wolfhound to warn his clan of enemy ambush, representing bravery and goodwill.

Led by Master Distiller Darryl McNally, the launch offers up a bottling made from 100% Irish barley. It is small-batch, triple distilled in a copper pot still and aged in ex-bourbon barrels, before finished in PX sherry cask and bottled individually at 46% ABV, according to official tasting notes. The sherry casks allow for dried fruit and spice notes, adding richness to a toasted vanilla base. 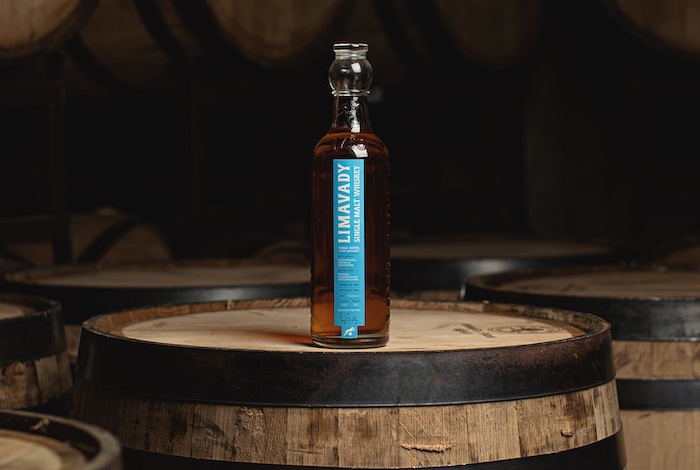 “Making whiskey has never just been a job, it’s my passion. When I started researching the history of the Limavady distillery and traced my family roots back to realize that we were a part of it, that was it, I knew there was only one way forward,” said McNally in a prepared statement. “Today is the day I can officially share Limavady Single Barrel Irish Whiskey with the world. This brand is my masterpiece, the one that I have dreamed of making my entire life.”

McNally is a descendant of the Limavady Distillery’s 18th century operators. The McNally family stayed in Limavady after the original distillery closed in the 1900s.

WhistlePig will manage bottling and distribution of the whiskey under McNally’s direction, helping Limavady establish what’s described as the Single Barrel Irish category. McNally will directly manage the production and innovation in an attempt to bring the Limavady story and spirit to life.

Limavady is distributed through WhistlePig’s existing distribution partners for a suggested retail price of $49.99 per 700ml bottle and will be available in the United Kingdom and Ireland before the end of the year.