The Teeling Whiskey Company out of Ireland has quickly emerged as one of the dominant new faces of Irish whiskey. The historical roots of the Teeling family in whiskey go even deeper, though, to as far back as 1782. One region they operated out of, and have returned to, is the Liberties area of Dublin City, specifically Newmarket. This is important to know as we tell you about their new Brabazon Bottling Single Malt Series.

The new Brabazon whiskies from Teeling were created, according to the distillery, to pay “homage to the unique and distinct role that fortified wines can have on the taste of Irish whiskey.” The first release takes a look at the maturation effect of ex-sherry casks, pulling together into one non-age statement bottling a range of vintages, sizes, and styles of sherry cask matured Single Malt whiskey. 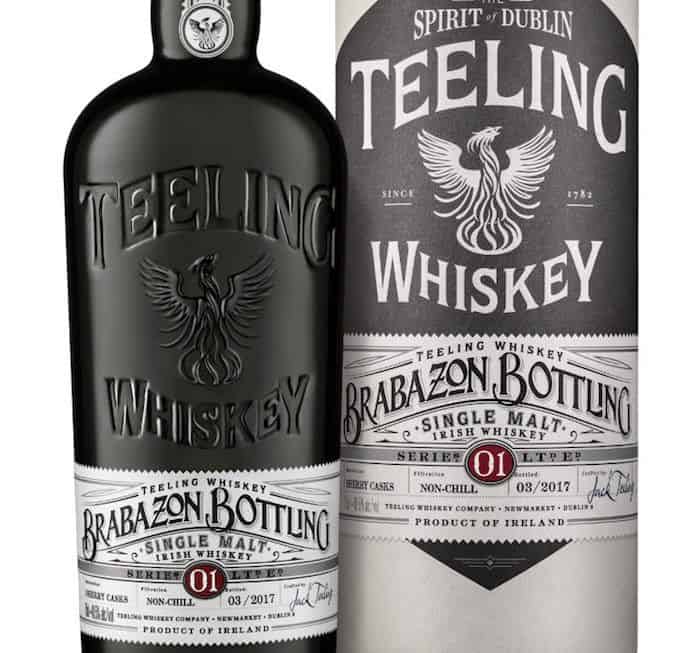 This particular expression, which is bottled at 49.5% ABV and without chill filtration, is a limited release of just 12,500 bottles globally, including in Ireland, France, Germany, Switzerland, Russia, Australia, and select Asian markets. It is set to price around €78, or about $85 USD, and you’ll find full official tasting notes for it at the end of this story. The bottle, by the way, is something of a new direction for Teeling, featuring a “premium distinctive embossed and debossed” design.

As for the reason to know about the region Teeling operates out of, and hence the naming of the bottling, another family known as the Brabazons apparently presided over it at one point. One William Brabazon, the third Earl of Meath, allowed for the trading square at Newmarket to be established, with it later becoming a area with strong mercantile roots. This is what was said to draw Walter Teeling to open up the original Teeling Distillery there.

“Our new Irish Single Malt brings together two famous Dublin family names – the Teelings and the Brabazons,” said Jack Teeling, Founder and Managing Director of Teeling Whiskey, in a prepared statement. “By making reference to the historical Brabazon name, we are telling the story of why our family first came to the Liberties area of Dublin. But more importantly we are telling the story of why we are here now. Our aim with the whiskey was to create a full bodied tasting experience for people who enjoy the added complexity and taste sherry casks impart, and at the same time continuing our goal to expand the spectrum of flavours available from premium Irish whiskeys.”