Roe & Co Irish Whiskey out of Ireland has recently announced a new bottling, Roe & Co Japanese Sugi, that was influenced by a rare Japanese wood type.

The bottling has already won Gold from The Spirits Business Irish Whiskey Master’s 2021 and is created through the use of different wood types and a unique maturation process, noted the brand, involving elongating the length of the bungs and adding five of these to each cask, while using lightly toasted Japanese Sugi for its aromatic qualities. Increasing the surface area of the wood and inserting five bungs into the cask allows for a flavor profile with notes such as wood spice and tropical fruits. Ten casks were laid down for this bottling with the distillery team keeping a close eye on the flavoring. 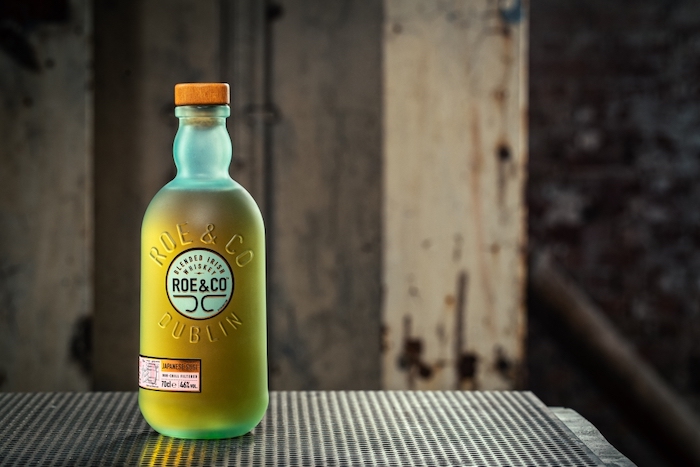 “When looking to create unique flavors as a blender, we turn to raw materials such as wood to add that depth and uniqueness to the liquid,” Master Blender for Roe & Co George Harper said in a prepared statement. “Irish Whiskey regulations allow us to look beyond oak and so working with Japanese Sugi wood has been a really exciting process for us. The liquid has a lovely base character, adding on layers of wood space, tropical fruit and grassy herbal notes, while retaining the character of Roe & Co.”

The new bottling joins a lineup that includes Roe & Co Curators 0.1, Cask Strength 2019 and 2020 Editions and Distillery exclusives such as Single Malt, Single Grain and Cask & Keg, Guinness Open Gate Brewery Antwerpen Stout and Citra IPA editions. It is available via the distillery’s online store for a retail price of €80 ($93.97 USD).

“We are lucky to be part of such a bold, and evolving industry that we wanted to create something really special for this innovation and really stretch our imagination as to what we can achieve technically,” Head Distiller at Roe & Co Lora Hemy said. “East Asian wood species offer unique and beautiful aromatic compounds and the toasted Sugi in particular it really brings out flavors notes of matcha tea, toasted sandalwood, lychee, orris root and treacle toffee. Working with this wood has been extremely exciting for me. This experimental whiskey has Roe & Co as its backbone and is bursting with exciting new flavor components to compliment.”