The Connacht Whiskey Company, besides owning their own distillery in Ireland known as Connacht Distillery, sources Irish whiskey to bottle under their own labels. One new product it is set to debut in the United States under this sourcing has been finished in ex-port wine barrels.

The new Ballyhoo Irish Whiskey, according to those behind it, is a four year old grain Irish whiskey, sourced, with a mash bill of 93% corn imported from France and 7% malted barley that’s been brought to the distillery to further age and finish in used port barrels from Portugal. It is then bottled at 43% ABV. 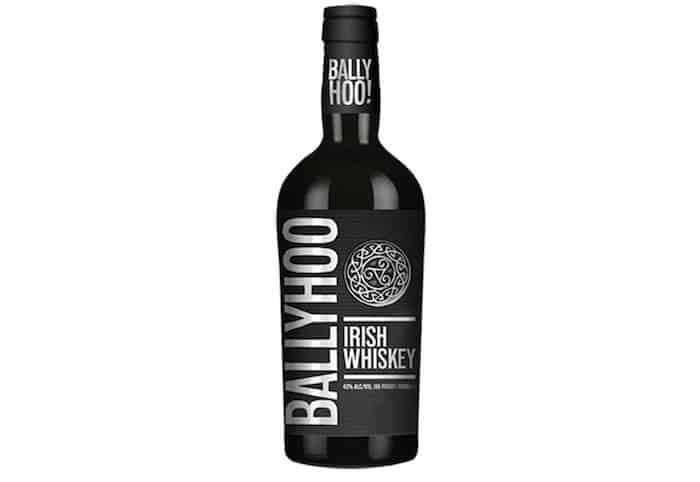 Information from Connacht indicates this whiskey, which is pricing around $30 a bottle, lacks artificial colors and caramel, thus resulting in a product quite light in appearance, but with some reddish undertones from the port. Very limited official tasting notes suggest the nose “is light and soft with gentle vanilla” and that the palate offers up “some nice notes of vanilla with some hints of spice and subtle wood from the bourbon casks, but the additional port finishing softens the whiskey.”

Ballyhoo Irish Whiskey is set to price around $30 and will serve as a primary release for Connacht until at least such time as it has sufficient stocks of its own four-year-old whiskey. It joins a range of other products including Conncullin Irish Gin; Brothership Irish-American Blended Whiskey; Straw Boys Irish Vodka; Straw Boys Irish Poitin; and Spade&Bushel 10 Year Old Single Malt Cask Strength Irish Whiskey.