Among upper end Irish whiskey offerings the Midleton distillery that Irish Distillers/Pernod Ricard works out of has one of the more popular expressions out there, the annual Very Rare bottling that each year is drawn from some of their very best casks. The 2017 release is certainly no exception to that, but what may be of even more interest to fans of this is the fact you’ll soon be able to create your own variant, likely at a very premium price, of course.

Firstly, the Midleton Very Rare Vintage Release 2017, according to those behind it, represents a continuation of the legacy of this bottling first started back in 1984. This time around Midleton Master Distiller Brian Nation has included in it some 32-year-old Midleton grain whiskey, which will contribute the lighter floral perfume notes along with some citrus fruit. A 26-year-old single pot still whiskey has also been selected, which delivers a wide spectrum of typical spice character, such as sweet cinnamon and clove. 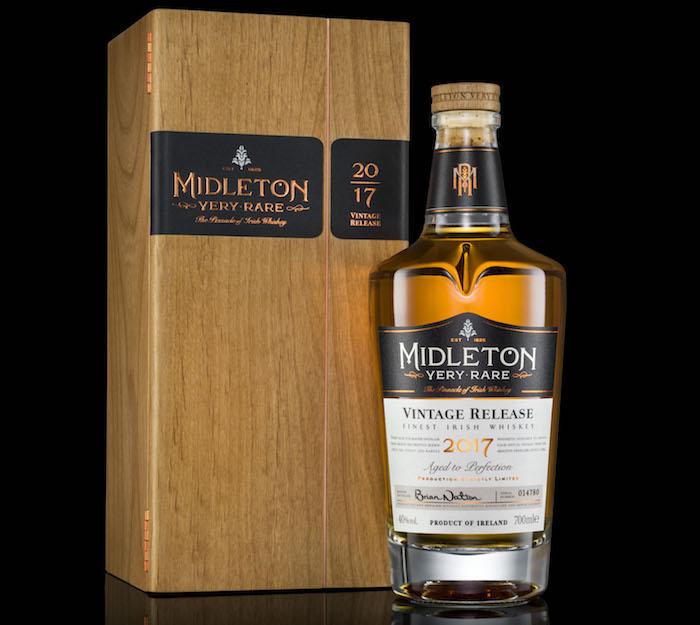 Bottled at 40% ABV and without chill-filtration, plans call for this Very Rare, sporting a new look, to price at €180, or around $215 USD. It will be available in  USA, Canada, Ireland and Ireland travel retail.

The new choose your own cask club, meanwhile, is being called the Midleton Very Rare Cask Circle. Those who choose to participate will be able to pick from a range of casks pre-chosen by Nation. These range from 12 to 30 years in age, and include bourbon, sherry, malaga, port, Irish oak and rum style casks. Thirty casks have been made available at launch. It is said that once members have chosen a cask that suits their personal taste, they can bottle it immediately or instead request bottles of their unique whiskey as and when required

As this is a premium experience, Midleton is offering up something called the Distillery Concierge, a service designed to help members in planning for acquiring their casks. This can include the whiskey choice itself, or things such as travel options and things to do while in Ireland.