Kilbeggan Irish Whiskey is celebrating St. Patrick’s Day all month through multiple activations, leading up to a live virtual toast on March 17th.

To kick off the month-long celebration, titled by the distillery as The Kilbeggan March, Kilbeggan is releasing exclusive Kilbeggan March Cocktail To-Go Kits, available for takeout and delivery purchase all month long in cities such as Chicago, Denver, Portland and Philadelphia. These to-go kits will include Kilbeggan Irish Whiskey cocktails packaged in a Kilbeggan tote with a tasting map and branded merch for fans of the distillery. On the Kilbeggan March website, people can watch cocktail tutorial videos to learn how to make their cocktail from local bartenders. 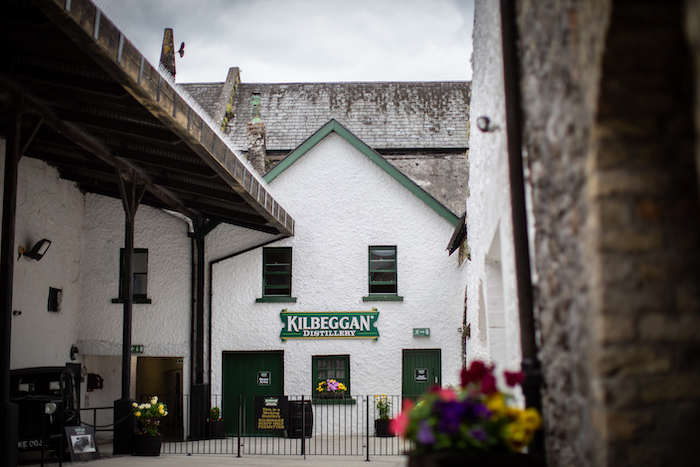 The Kilbeggan distillery in Ireland (image via Beam-Suntory)

Select local liquor stores in upstate New York, Philadelphia, Chicago, Denver and Portland will be selling the Kilbeggan March DIY Irish Coffee To-Go Kit. These kits will contain Kilbeggan Irish coffee glasses, a bag of fresh ground coffee, an Irish whiskey spoon and a plastic squeeze bottle to make the cream to top the coffee, all presented in a Kilbeggan tote. A tutorial video on how to make the Kilbeggan Irish Coffee with Brand Ambassador Michael Egan can be found on The Kilbeggan March website, alongside a video with Egan on the experience of neat tasting.

Once fans have collected their to-go kits, they’ll be able to join in for a live St. Patrick’s Day toast with Egan on March 17th.

Opening in 1757, Kilbeggan Irish Whiskey stands as one of the oldest continuously licensed distilleries in Ireland and pushes what it says are Irish whiskey conventions, while using classic distilling traditions. After a long year due to the pandemic, the distillery hopes to spread the happiness of St. Patrick’s Day this year.

The full celebration is running the entire month of March. A full list of participating restaurants, bars and liquor retailers can be found here.