The desirability of Irish whiskey is making waves at auction houses around the world, as evidenced by the recent sale of two ultra-premium bottles of Midleton Very Rare for a combined €94,000.

The two whiskeys, put up for sale by private collectors, were sold separately at auction in late March, with both lots coming from the renowned Midleton Very Rare Silent Distillery Collection.

The first to sell, a 2020 bottling of Midleton Very Rare Silent Distillery Collection Chapter One, is a 45-year-old Irish single malt from the Old Midleton Distillery, which operated for 150 years from 1825-1975. It brought the hammer price of €48,000 (€50,952 including fees), the highest price paid for an Irish whiskey at public auction. 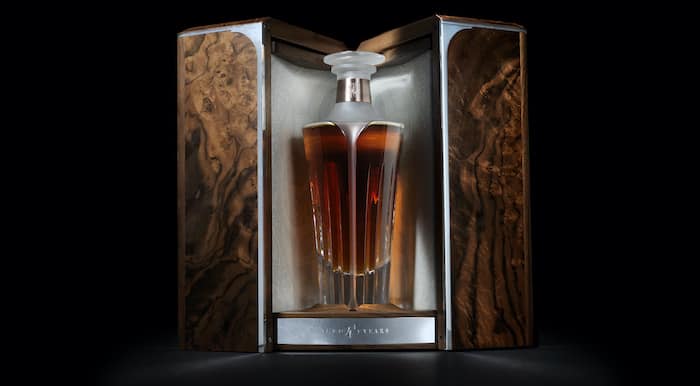 This isn’t the first time Irish whiskey made history with Midleton Very Rare at the auction site www.IrishWhiskeyAuctions.com. In March of 2020, that auction sold a bottle of Chapter One for €42,000 (€44,583 including fees), which at that time made it the world’s most expensive Irish Whiskey ever sold.

“Irish Whiskey now has bottles that are comparable to the bottles of Scotch and Japanese whiskies that command ultra-premium prices on the world stage,” said Anthony Sheehy, founder of Irish Whiskey Auctions, in a prepared statement. “It’s something that we should be shouting from the rooftops to show the fantastic growth and interest that exists for premium Irish whiskey.”

The new record sales come as the third chapter of Midleton Very Rare Silent Distillery Collection is soon to be released. It will eventually be a six-chapter collection of ultra-rare Irish whiskey.