Irish Whiskey Industry Has Found Its Pot Of Liquid Gold

Irish whiskey, much like its counterparts in other parts of the world, is experiencing the benefits of a renewed global interest in this spirit type. This liquor sector of the island nation of Ireland has been around for many centuries, and at its height in the mid-19th century it is said 88 licensed distilleries were producing whiskey. This diminished greatly in the decades afterwards, with only two being left by the mid-1980s. Things are changing though for the better once again, and now those behind this whiskey industry are out with a hopeful forecast for future growth. 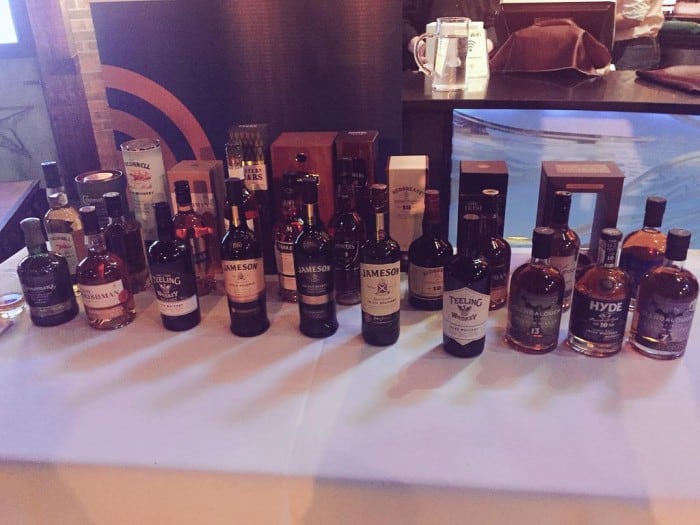 Some of the Irish whiskey available today (image via Glendalough Distillery)

What’s been called the “Vision for Irish Whiskey” was unveiled by the Irish Whiskey Association and Ireland’s agricultural minister Simon Coveney this week at an industry event held in the Old Jameson Distillery. There were a number of takeaways from this presentation, with the biggest one to note being that from just a mere four distilleries in operation back in 2013,

there are 26 new or proposed distilleries across Ireland and annual exports of Irish Whiskey are now valued at over €300m, up 220% since 2003.

That is obviously significant growth, in particular given where the industry was just a couple years back. Consider the below map and you get an idea of how most of these proposed distilleries will be spread out across the country.

As for the other ambitions of Ireland’s whiskey makers, these included the goals of 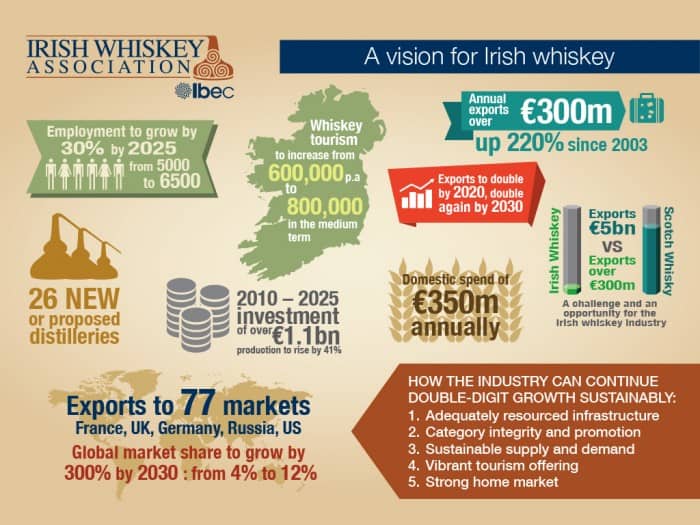 “The Irish whiskey sector is ambitious for its future,” said Bernard Walsh, founder of Walsh Whiskey Distillery and Chairman of the Irish Whiskey Association, in a statement. “The existing players have driven the global renaissance in Irish whiskey with double-digit growth prospects. The key to our success is to ensure that this growth is sustainable: economically and environmentally. To do this, we are launching a cohesive strategy today that will underpin this growth. The potential is massive.

“If we look at our neighbours in Scotland, we see the world-leading Scotch industry exporting over 90 million 9-litre cases annually. There are over 130 Scottish distilleries that bring investment and employment into rural areas. There is no reason why Ireland cannot achieve similar success.”

Walsh also had more to say on the potential for Irish whiskey in an interview with TheJournal.ie, which is embedded below for you to see. All in all it is a very ambitious push by distillers in Ireland and one drinkers around the world will ultimately benefit from as long as the quality of the whiskey is not sacrificed during this growth period.