Irish Distillers recently announced the launch of Method and Madness Rye and Malt, the first aged experimental distillate created at the company’s innovation hub in Midleton, the Micro Distillery.

Methods and Madness Rye and Malt is described by the brand as a distillate-driven Irish whiskey with floral notes and spicy character that was created by Irish Distillers’ next generation of innovative whiskey makers.

The combination of rye with malted barley amplifies the whiskey’s naturally wide spectrum of flavors and aromas to evoke notes of lemon balm, white pepper, chili flakes and toasted wood with a finish of spiced fruit, distillers said in official tasting notes. 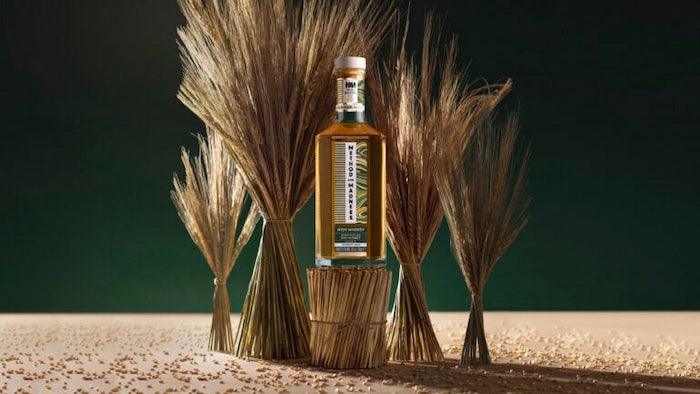 Method and Madness Rye and Malt (image via Irish Distillers)

It was hand-crafted in the Micro Distillery by Distiller Katherine Condon, who joined Irish Distillers as part of the company’s Graduate Distiller Programme in 2014, and includes 60% rye to 40% malt.

Six years ago, the micro distillery opened its doors with a mission to support the resurgence of Irish whiskey. The team double distilled a mash of rye and malted barley and left it to mature in ex-bourbon American oak barrels.

“It has been an honour to be part of the Micro Distillery team from its inception in 2015 to today, sharing the first ever drops of whiskey produced there with the world,” Condon said in a prepared statement. “We have been inspired by the innovators in Irish whiskey who came before us. In turn, we have questioned tradition and challenged convention to follow their inspiration and drive the Irish whiskey category forward for a new generation of creators, consumers, and indeed, suppliers.”

Bottled at 46% ABV, the limited-edition Method and Madness Rye and Malt Irish Whiskey is available currently in Ireland, the UK, Dublin Airport and online at the RRP of €95.

More official tasting notes are below.