Waterford Distillery out of Ireland recently said it had created the world’s first biodynamic whisky, set to be bottled this summer.

Biodynamic: Luna will be the first whisky anywhere in the world to go on sale made from solely biodynamic barley and has been in development for several years. It will be the second installment in Waterford Whisky’s Arcadian series, which investigates how historic farming and growing techniques impact the flavor of whisky. The first installment, Organic: Gaia 1.1, was released last year.

The principles of biodynamic farming were first discussed in a series of agricultural lectures by Austrian philosopher Rudolf Steiner in 1924. They assume that each farm is its own self-sustaining organism and that elements including soil, crops, animals, people and the ‘spirit of place’ are all interconnected. Waterford has distilled around 500 barrels of spirit made from local biodynamic barley and annually incorporates biodynamics in order to fulfill its quest to create what it feels are the most flavorful spirits. 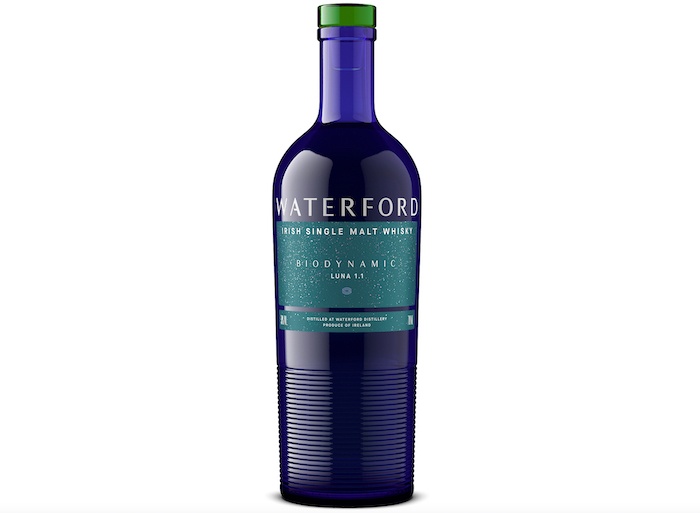 A recent study by Professor Magali Delmas at UCLA analyzed tasting scores given to more than 128,000 French wines from 1995 to 2015, finding that biodynamic wines scored 11.8 points more compared to conventional or sustainable wines.

“Many of the world’s very greatest winemakers follow biodynamic farming to produce the most exquisite flavors. The Burgundian legends Romanée Conti, Leroy, Leflaive, Trapet and Sauzet. Alsacians Zind Humbrecht, Ostertag and Zusselin; And the mighty chateaux of Latour, Lafite, Yquem, Climens, Pontet Canet, Angelus, Palmer from Bordeaux. But nobody has released a whisky made from purely locally-grown biodynamic barley – until now,” CEO and Founder of Waterford Distillery Mark Reynier said in a prepared statement.

“Malt whisky already is the most complex spirit in the world thanks to the barley from which it is distilled, and with a biodynamic cultivation regime, there is the ultimate opportunity to enhance its flavor. At Waterford, we are on a mission to create the most complex, unique and profound whisky, and biodynamics is the next step on that journey. It makes little financial sense, but for taste – for taste alone – it is the holy grail. Simply put: the healthiest possible soil equals the best possible flavor,” continued Reynier.