Ireland’s Dingle Distillery recently launched its first core Irish whiskey expression, the Dingle Single Malt, a product made entirely with its own spirit.

More than 50,000 bottles of the triple distilled, non-chill filtered Dingle Single Malt have been produced with expectations to produce a half million bottles across the distillery’s portfolio by 2023.

The distiller’s notes state that the Dingle Single Malt is matured in PX Sherry (61%) and bourbon (39%) first fill casks and made up of six to seven-year-old spirit. Every element of the production is manual, with a human hand and eye at each critical point. The distillery’s water source is its own well, 240 meters below ground. 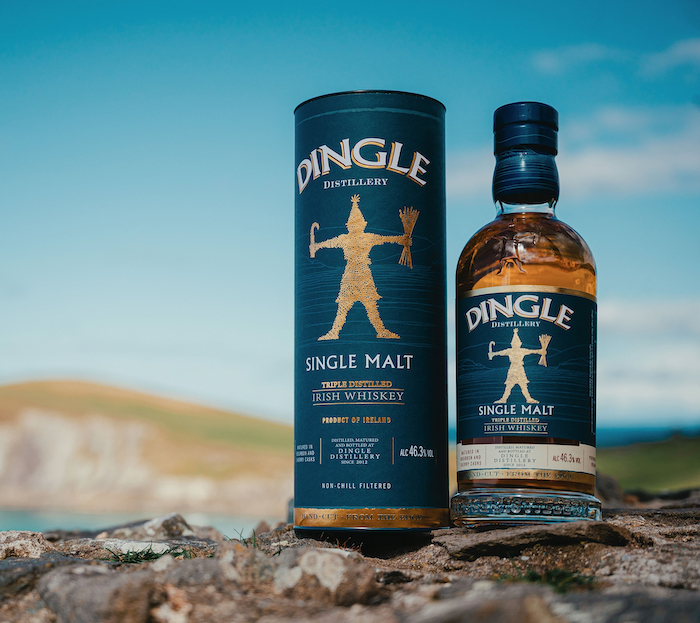 The new whiskey comes in at 92.6 proof. The official tasting notes for the Dingle Single Malt show that it has lime zest and chopped mint along with fresh pear on the nose. The taste is of apples, caramel, raisins and vanilla. And the finish provides a honey sweetness and mixed spice on the tongue.

“Quality has always been at the heart of our DNA at Dingle Distillery, and that remains the case with our Single Malt launch,” said Elliot Hughes, managing director at Dingle Distillery said in a prepared statement. “‘We are one of few distilleries in Ireland solely producing our own spirit … we don’t buy from or sell to other distilleries. When a customer buys from Dingle, they do so with the reassurance that the spirit is 100 percent Dingle.”

Graham Coull, Dingle’s master distiller, added that cask quality is significantly important in the production of their single malt, and a key point of differentiation. “We use first fill only casks to produce a richer flavor, while the Sherry casks with their sweetness help to get the flavor in quickly, providing a good body to the liquid.”

Shares
3.4k
Views
Share on FacebookShare on TwitterGet Our Newsletter
Cheers to the Dads! Personalize a bottle of his favorite whiskey to create a modern gift for the modern man. Use code: FATHERSDAY20 for $20 off your next order of $100 or more at ReserveBar