Egan’s Irish Whiskey recently debuted its latest release in its limited edition Legacy series, Legacy Reserve III. This single malt is aged for 17 years in American Bourbon casks before being finished off in French Cadillac appellation d’origine contrôlée (AOC) casks. They contained what’s known as “a sweet white wine made from Biturica vines on the hillsides of the Entre-Deux-Mers subregion of Bordeaux, taking its name from the town of Cadillac.”

Legacy Reserve III, according to the brand, has “a beautiful vanilla nose with hints of honey, acacia, honeysuckle, vanilla, citrus and apricot and a buttery mouthfeel, with baked peaches, pears, and honeyed apricots giving way to a nectar aftertaste.” The whiskey is non-chill filtered and bottled at 46% ABV. 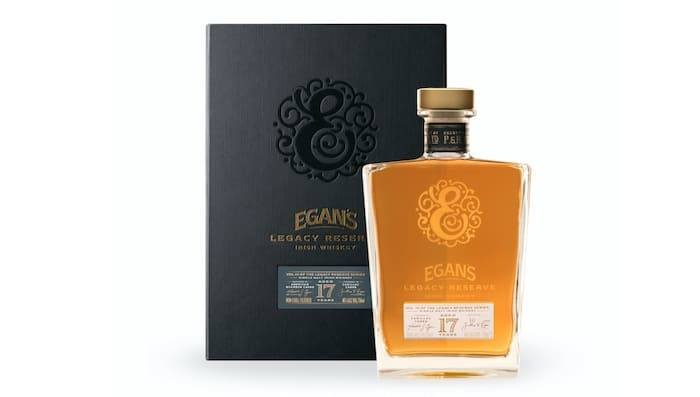 The Egan family is said to have a long legacy of whiskey making that starts in 1852 in Tullamore, a county town located in in the midlands region of Ireland. P.&H. Egan, LTD became one of the country’s larger merchant houses, bonders, and bottles for 116 years. The brand was reimagined in 2013 by the fifth and sixth generation Maurice and Jonathan Egan.

Legacy Reserve III is limited to 1,000 bottles worldwide and has a price of €170, or about $200 USD. It follows on the heels of Centenary – a blend of selected single malt and single grain whiskeys finished in XO Cognac casks of French Limousin Oak. This particular expression has picked up several awards, including Double Gold at the 2020 Sip Awards in August, well as Gold Best in Class at the 2020 Whiskies of the World Awards the same month.