Bushmills Irish Whiskey, among its many various expressions, has in its stable something known as the Steamship Collection. So named for a ship from the late 1800s which delivered whiskey from this brand to America, offerings from this line up have headed typically to travel retail. A new one is now joining the range, with a focus on bourbon cask charring as a flavor enhancer.

The new Bushmills Bourbon #3 Char Cask Reserve, according to those behind it, is a non-age statement offering drawn from American oak casks which are emptied of bourbon and then re-charred before being shipped to the Old Bushmills Distillery to be filled. 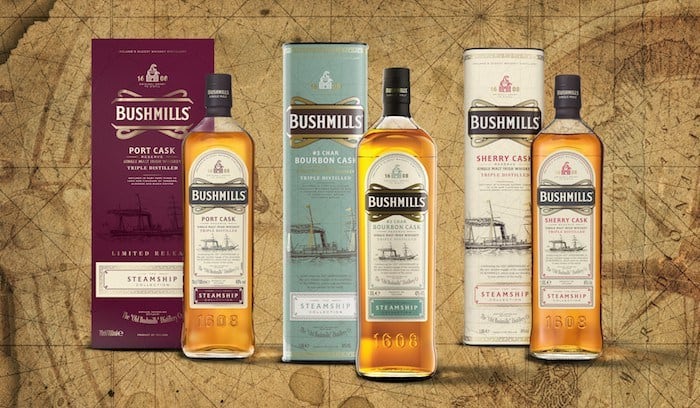 Plans call for this 40% ABV Irish whiskey to be available in travel retail early next year in a 1-liter bottle for a price point of £50, or almost $70 USD. Very limited official tasting notes from Bushmills indicate “subtle notes of toasted oak, spices and crème brûlée with a long, rich and smooth finish.”

“At Bushmills we are known for centuries of innovation, continuously exploring the nuances that different casks impart on our whiskey,” said Helen Mulholland, Master Blender of Bushmills Irish Whiskey, in a prepared statement. “Bourbon #3 Char Cask Reserve is the result of our long-standing relationship with master coopers from Louisville, Kentucky who reserve only the finest American white oak, custom-charred bourbon casks to mature this unique whiskey.”