I should have known better than to leave out the Irish in a story we wrote earlier today referencing new distillery development in the likes of Kentucky and Scotland. The island nation of Ireland, with huge plans afoot to bring their whiskey industry to the forefront of the global renaissance of this brown spirit type, is seeing 26 new or proposed distilleries emerge onto the stage. Now Brown-Forman, looking to get in on this act, just dropped word this afternoon it aims to build a new distillery there in what will be a fairly expensive endeavor.

Brown-Forman is certainly not shy on laying out cash as it aims for whiskey dominance, with $45 million being invested into a new Old Forester distillery set amongst Louisville, Kentucky’s historic Whiskey Row. Its planned Irish undertaking will be even more pricey than that, calling for a $50 million new distillery and “consumer experience on the historic Slane Castle Estate in County Meath, Ireland, the home of Henry Conyngham, the eighth Marquess Conyngham, and his son, Alex Conyngham, the Earl of Mount Charles.” 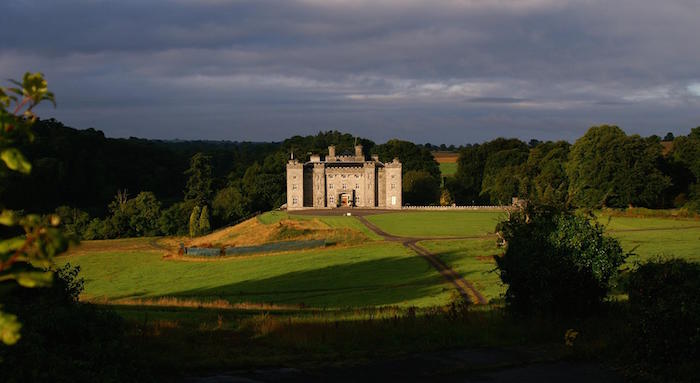 Slane Castle is located in the middle of a 1,500 acre estate in the heart of the Boyne Valley, 30 miles north of Dublin, according to Brown-Forman. When the new Slane Irish Whiskey Distillery opens there late next year, it will reportedly introduce

new Irish whiskeys in the spring of 2017, initially using high quality whiskey purchased from other Irish distilleries and then finished to Slane’s exacting specifications while the whiskey made at the new Slane Distillery is laid down to mature in the nearby Irish countryside.

“We’ll use proprietary methods to create unique and high quality taste profiles to position our brands in the premium and super premium segments,” said Lawson Whiting, executive vice president and chief brands & strategy officer for Brown-Forman Brands, in a statement, “with a range of blended, pot still, and single grain Irish whiskeys that will delight whiskey aficionados and consumers alike.”

Now it should noted there is already some Slane Castle Irish Whiskey on the market, ranging in the $30 price point on average. An article from Whisky Advocate a few years back indicates it to be a blended whiskey that was originally distilled at Cooley before Beam ceased production of it in 2012.  The Conynghams had planned to move forward with their own whiskey distillery thereafter, but with Brown-Forman having purchased “all shares of Slane Castle Irish Whiskey Limited” it looks as if it will fall to the owners of Woodford Reserve to take what was being previously envisioned to an even higher level.

“Our family has been part of the Slane community for many generations and we are pleased to join forces with Brown-Forman to bring our special part of Ireland to the world,” noted Alex Conyngham. “Our commitment to caring for our land, cultivating barley, and our family legacy are consistent with Brown-Forman’s long-term approach to whiskey making, and we believe that this aligned approach will bring great success.”

“Our family will be a key part of the brand-building model for these new Irish whiskeys and we are thrilled at the prospect of working for many years to come with Brown-Forman on developing the trademarks and to welcoming friends to the new distillery, right next door to our ancestral home,” added Henry Conyngham. “We know that Brown-Forman is the perfect partner to take these new Irish whiskeys to the U.S. and other markets across the globe.”