Mere months after re-launching Blue Spot Single Pot Still Irish Whiskey for international whiskey lovers, Pernod Richard USA announced it is bringing the expression to the United States for the first time in over 50 years.

The release comes from Pernod Ricard’s Irish Distillers, the world’s largest distiller of Irish whiskey, working in conjunction with the family behind Mitchell & Sons, Ireland’s oldest wine and spirits merchant. This cask strength, non chill filtered whiskey hasn’t been available on this side of the Atlantic since at least 1964. 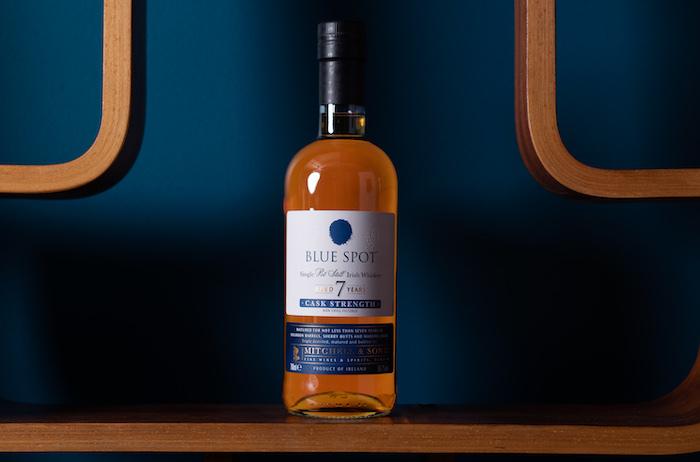 “This is a historic moment for the Spots brand and a pivotal time to offer new innovations to consumers looking to expand their at-home bars,” says Mwanza Lumumba, brand director of high end irish whiskeys at Pernod Ricard USA, in a prepared statement. “Blue Spot’s positioning painted with a different stroke aligns with the need to offer reimagined expressions that exude individuality and tell a richer story within the Irish Whiskey category.”

As with the other expressions in the Spot series, the Blue Spot indicates the age of the whiskey in each bottle. In this case, the whiskey is matured for at least seven years in ex-bourbon barrels, sherry butts, and madeira casks. Official tasting notes are below.

The return of the 58.7% ABV Blue Spot to the U.S. follows previous releases of Red Spot, Yellow Spot, and Green Spot, both single pot still Irish whiskies that were aged 15 years, 12 years, and 10 years, respectively.

Bottles of Blue Spot Single Pot Still Irish Whiskey are now available at select U.S. retailers, with an SRP of $85.