Biodynamics is a form of agriculture that takes organic farming to a whole new level. Among other attributes, it means a farm becomes self-sufficient for all its needs, relying on home-made organic fertilisers and naturally occurring plant insecticides. It is not without its share of controversies, but is also a practice that’s been embraced by a number of wine makers in some of their vineyards, including Domaine Zind Humbrecht, Romanee Conti, and Chateau Margaux. Now Waterford Distillery out of Ireland has tried it as well when it comes to the grain base of a new Irish whiskey.

Working closely with a malting outfit called Minch Maltsters, Waterford brought together a group of farmers for this biodynamic-grown barley experiment. They specifically sourced 50 tons of this special barley from three farms, distilling it and putting it in both French and American oak for aging a minimum of several years to become what will eventually be single malt whisky. 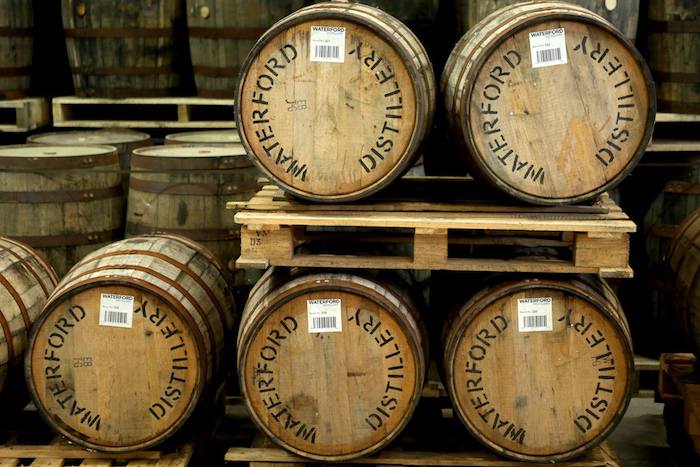 “Biodynamics is a farming philosophy, a way of life,” said Waterford Distillery CEO, Mark Reynier, in a prepared statement. “It’s fascinating to see the world’s greatest wine makers attracted to this time-consuming way of running their farms. It started with the fear of losing the accumulated knowledge of millennia to the march of the agrochemical industry last century. It’s about minimal treatments, ancient homeopathic remedies, natural fertilisers focused on enhancing the biodiversity of a naturally healthy soil.

It all sounds pretty crazy, it’s easy to dismiss as cranky tree-hugging bunkum, but yet it’s funny how the greatest wines in the world are made under this unusual regime. Only natural we should give it a go for our whisky. As part of our extensive research we travelled Alsace, to see bioydynamics in action. So I wanted to extend my thanks to Olivier Humbrrecht and Jean Paul Zusslin – as well as to Trevor Harris, John McDonnell and Alan Mooney for rising to the challenge when I first raised the idea in 2015”

“When Mark first mentioned the idea,” added Head Waterford Brewer Neil Conway, “we thought he was mad. We had to educate ourselves on what exactly biodynamic farming is and how biodynamically grown grain may effect the production process in the distillery. I’ve found biodynamics fascinating, particularly the preparations involved and understanding how they activate and mobilize different nutrients that the barley crop needs.

The most satisfying part has been the openness of all the people involved in this project. It’s been a real team effort from the biodynamic growers, our maltsters and everyone at Waterford Distillery. We’re all learning from each other during this new chapter of malting, brewing and distilling.”