With three flavors currently in its portfolio (Whisky & Cola, Washington Apple, and Peach Tea), Whisky Lemonade offers what’s described as a light taste of lemonade with fruity whisky notes as its effervescent sweet-tart taste blends with plenty of whisky character and is a good match for spring and summer parties and barbecues.

“At Crown Royal we’re continuously ideating new blends and flavor profiles to meet the evolving tastes of our drinkers,” said Nicky Heckles, vice president at Crown Royal, in a prepared statement. “The new Whisky Lemonade flavor is the latest innovation that fuses a familiar summertime staple with the boldness of our whisky, providing a fresh take on ready-to-drink cocktails.” 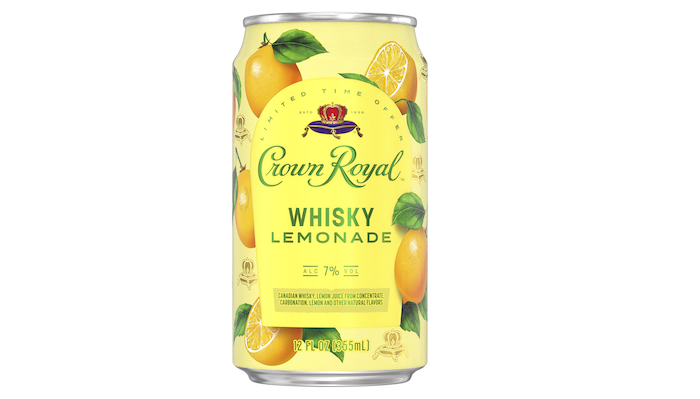 Crown Royal suggests Whisky Lemonade is best served chilled and is available across the US in 4-packs priced at $14.99. Each ready-to-drink cocktail has 7% ABV.

Crown Royal Canadian Whisky was specially blended to commemorate a grand tour of Canada made by King George VI and Queen Elizabeth of Great Britain in 1939, and it’s considered the epitome of Canadian whisky to this day.