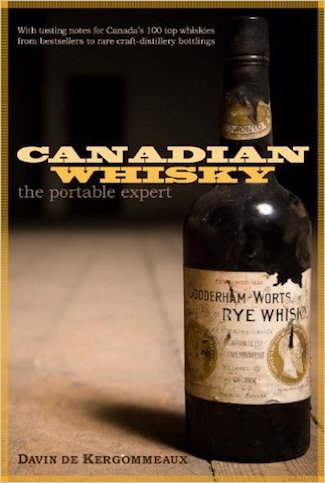 Canadian whisky fans are a long-suffering bunch. Over the last 30 years, one major whisky-producing region after another has enjoyed great bursts of popularity: the United States, Scotland, Ireland, even Japan. But not Canada—at least, not yet.

While affordable Canadian whisky is immensely popular in the export market, it’s so far failed to attract a significant international connoisseur population, even as those Americans who do manage to get their hands on some high-end bottlings like Forty Creek, Lot No. 40, and even sourced releases marketed by American brands like WhistlePig and Lock Stock & Barrel are consistently impressed.

What’s the problem? Well, a lot of the good stuff stays on the northern side of the border, but it’s not just that. Canadian whisky also has an image problem. Burdened by its reputation as a cheap, caramel-colored shooting whisky, Canadian producers haven’t quite kept up with the times when it comes to telling a more contemporary version of their story to international consumers.

But author Davin De Kergommeaux wants to change all that. His 2012 book, Canadian Whisky: The Portable Expert, is a comprehensive introduction to the wild world of Canadian whisky, and for most readers, it’s likely to be something of a revelation.

Misconceptions about Canadian whisky are numerous, and De Kergommeaux wastes no time in dispelling them. For instance, while Canadian whisky is often called “rye,” most contain, at most, a very small portion of rye spirit. Canadian distillers use a range of grains—corn, wheat, malted rye—although, curiously, rarely barley. And, Canadian whisky must be aged at least three years, so it can never contain unaged neutral grain spirit—unlike American blended whiskey, which can.

One of the most interesting parts of this book for me was its ability to contextualize Canadian whisky’s position as a sister industry to American whiskey. That relationship extends beyond simply filling in the gaps in production when one industry struggled (for example, Canadian distillers picking up our slack during the Civil War), and includes the intimate sharing of technical knowledge, styles, resources, and even staff across our northern border. De Kergommeaux brings this relationship to life with an extensive history of the major players in the Canadian whisky industry and their various ups and downs over the years.

Of course, anybody familiar with De Kergommeaux’s work knows he’s an advocate, plain and simple, with precious few bad words to say about Canadian whisky. There’s nothing wrong with that—lord knows the other regions have them, and the oft-maligned Canadian whisky industry deserves an advocate—but it does mean that anything that might suggest Canadian whisky is anything less than the pinnacle of technical and artistic excellence is brushed aside.

Regardless, this is a well-reported, lively book that makes for a very interesting read, especially for readers (like me!) who have a lot to learn about the Canadian industry.