J.P. Wiser’s, a Canadian whisky brand owned by Corby Spirit and Wine, has been building in recent times a line up of whisky themed to one of Canada’s favorite sports, hockey. The installment of said Alumni Whisky Series has just been announced, and this time the focus is upon team captains.

The new Alumni Whisky Series: The Captains Line, according to those behind it, honors “some of the game’s greatest who wore the captain’s badge: Mark Messier, Yvan Cournoyer and Dave Keon.” Each whisky is described as follows:

We are proud to partner with the NHLAA (NHL Alumni Association),” said Vanessa Clarke, Senior Brand Manager, Corby Spirit and Wine Limited, in a prepared statement,” and with proceeds from this collaboration, knowing that we have a role in supporting their ambition of helping retired players, the hockey community, and celebrating a sport loved by so many Canadians. 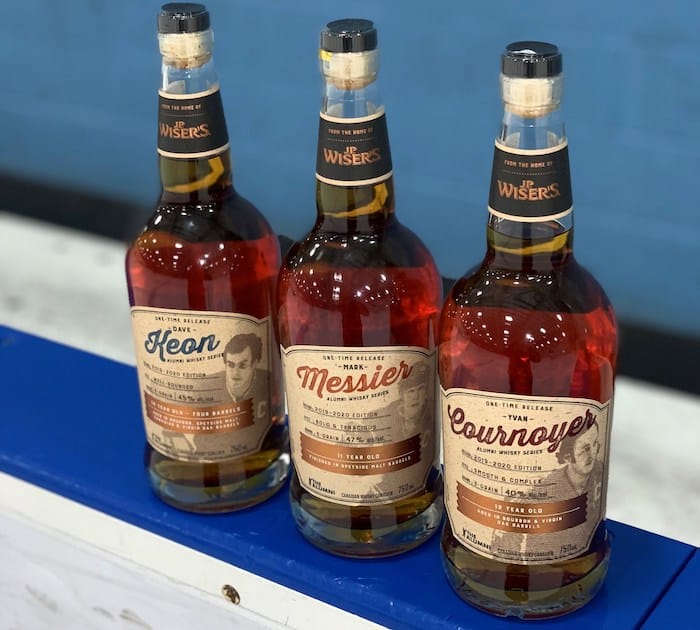 “With an extensive pool of retired players to work with and a talented whisky team able to deliver great liquids, the sky truly is the limit.”

As it stands now plans call for these whiskies to be available in select stores across Canada. There was no word on release plans for the United States, if at all.