Crown Royal Launches Whisky Cocktails In A Can

Crown Royal recently announced it is releasing ready-to-drink cocktails in a can, bringing together what it feels are whisky lovers and cocktail enthusiasts alike. 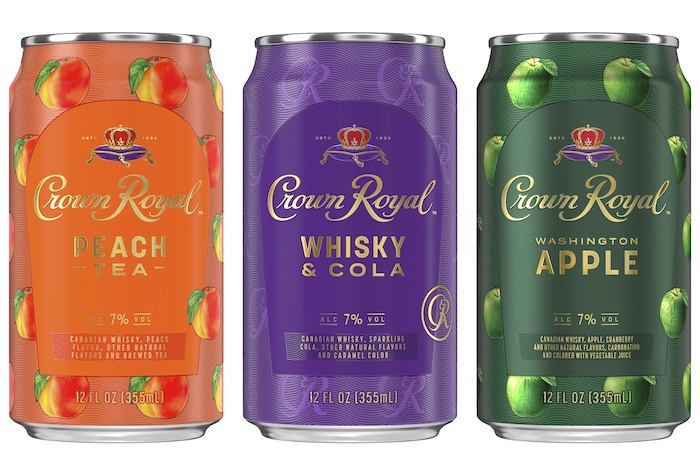 Crown Royal Cocktails In A Can (image via Diageo)

“There’s an increasing interest in ready to drink products and there’s a real desire from our drinkers to enjoy the cocktails they’ve always loved at the bar,” Vice President of Crown Royal Nicky Heckles said in a prepared statement. “Whether you’re relaxing in front of the TV or enjoying time in the backyard, Crown Royal ready to drink cocktails are perfect for those who want to celebrate with ease, but not compromise on the premium whisky and flavors we all know and love.”

Crown Royal Canadian Whisky is known for being the number-one-selling Canadian whisky brand in the world and is considered the epitome of Canadian whisky by many. First created in 1939 as a gift for the King and Queen of England, roughly 80% of its grain (rye, corn and barley) is sourced from Manitoba and surrounding provinces.

With five different mash bills and twelve distillation columns, each whisky is aged for varying periods of time in either new or re-use charred oak barrels. The maturing barrels experience extreme temperature swings, with the wood’s expansion and contraction slowly adding to the developing character. Once the whisky is aged to satisfaction, it is blended to create the flavoring and bottled.