Last month, I waxed poetic about why the drink of my homeland, Canadian whisky, deserves your attention.

But Canada is a big country. Simply filing all bottles under a Canadian whisky umbrella feels like an oversight. The country is massive; 127 times the size of Scotland. From coast to coast, distillers are showcasing a variety of different terrains and terroirs, meaning, drams differ drastically based on where they come from.

Over the next few columns, I’m going to take a look at just what makes each region’s whisky special. Starting with British Columbia. 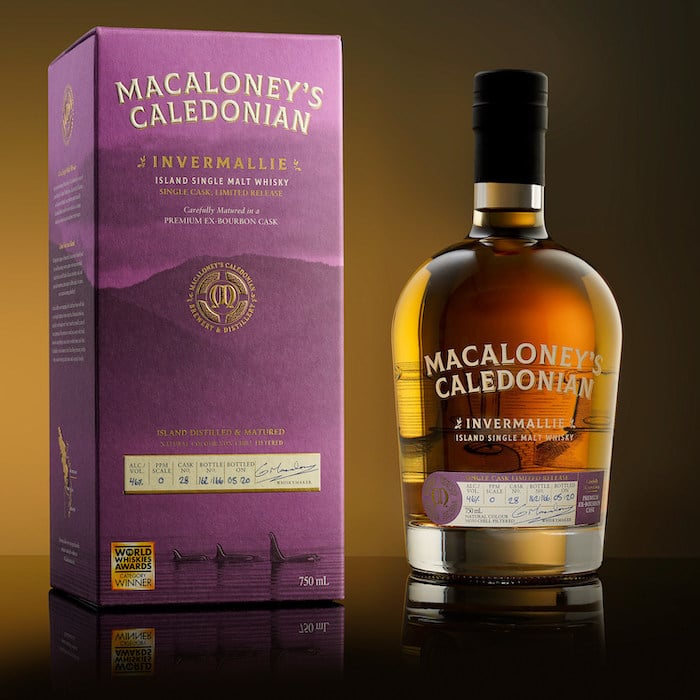 Other Canadians might disagree with me, but while Ontario and Alberta are hubs for distilling, the heart of the craft whisky scene beats in British Columbia. Why? In 2013, the B.C. government put into place a series of rules that set high standards for any ‘craft’ spirit in the province. To be declared a craft spirit, the distillery must produce under 50,000 liters of alcohol a year and ferment its own base alcohol; plus only use raw agricultural materials grown in the province.

In the last seven years since this law was put in place, the province’s distilling scene has erupted—I would argue that some of the country’s most promising producers call the west coast home. “The west coast of Canada has really benefited in recent years from the craft spirits movement thanks to some laws and tax breaks that helped motivate a lot of smaller craft distilleries to open,” says Jake Barnett of Old Fashioned Beverage & Hospitality, one of the most knowledgeable craft Canadian whisky connoisseurs in my Rolodex. “From there you’ve seen certain styles emerge and develop, and all these great craft distillers bring out the best in each other through competitive innovation.”

Let’s look at some examples. Last month we briefly talked about Shelter Point, maker of some fantastic single-origin rye. One of the reasons the Vancouver Island distillery’s single malts are so notable is because they look heavily to the land for inspiration, putting land stewardship at the forefront by growing two-row barley on the estate, rehabilitating streams to become fish-bearing, and donating part of the 380-acre estate to local conservation efforts. Their whiskies are aged in barrels by the Salish seaside, letting the ocean air impart additional flavors—very reminiscent of Islay.

Taking this land-focused approach, B.C. distilleries are rewriting the narrative that all single malts are synonymous with Scotland. “My favorite style to emerge from Canada’s west coast is definitely B.C. Single Malt Whisky,” Barnett adds. “Shelter Point Artisanal Single Malt Whisky is a 100% malted barley aged in American oak for 3 years. It’s a straightforward style that showcases the lush malt character, full of caramel and dark fruit.” It cinched a gold at the 2019 World Whisky Masters.

There are also B.C distilleries making Canadian-made bottlings of international whisk(e)ys. In Vancouver, The Liberty Distillery is crafting Irish-style whiskey; triple-distilled from unmalted barley and aged in bourbon, Madeira, and Burgundy casks, depending on what single casks you pick up.

In Victoria at Caledonian Brewery & Distillery, Scotsman Graeme Macaloney is conjuring Scotch-esque liquid out of copper pot stills. He’s even taken the time to map out peat bogs across the province, which will no doubt come into play as the distillery grows older.

Speaking of peat, because of this grown-in-BC restriction, it’s uncommon to find peated whisky. Pemberton’s distiller Tyler Schramm is one of the few—he found a peat bog near the distillery and is using it to produce five-year-old, bourbon barrel-aged single malts with a hint of campfire.

Lohin McKinnon, another advocator for local peat, is one of Barnett’s favorite options. “They’ve created great peated whisky, and some really interesting wine barrel finishes, but my favorite is the Chocolate Malt Single Malt Canadian Whisky. Chocolate malt is the heavily-roasted malt that brewers use for stouts and porters. It gives the whisky an amazing, decadent character, and then they finish it in Sauternes casks, to double down on the dessert qualities.” They also experiment with Tokaj, muscat, and Nicaraguan rum barrels.

Also in the experimental realm, Devine dubs themselves an ‘alternative whiskey,’ using ancient grains like spelt, khorasan, and einkorn. “I’d seen a few of these grains used in craft beer very rarely, but never whiskey,” says Barnett. “It’s an incredibly interesting glass—there’s a tiny bit of spice and oak that reminds you you’re drinking a Canadian whisky, but then the other ingredients add a complex, almost herbaceous quality.”

And then some distilleries are just making really, really great examples of Canadian whisky. “Goodridge & Williams Northern Grain Whisky is a blend of wheat and malted barley, aged in bourbon barrels and finished in red wine casks,” says Barnett. “It hits all the notes you want in a classic Canadian whisky—it’s easy-drinking at 80 proof; there’s a bit of spicy complexity and tannic quality from the wine finish, and that endless pleasant vanilla-honey characteristic people love in wheat whisk(e)y.” The distillery was one of the first of this new guard of craft-designated producers.

Yes, British Columbia is an incredibly special place, with towering snow-capped mountains and glacier pools seemingly pulled out of a computer screensaver. And with these strict craft distillery regulations, distillers are leaning into the local glory, building a whole ecosystem of fantastic drams. And what’s most exciting is most of these distilleries are under seven years old, meaning, the best is yet to come.

Read More Whiskey News
Column: When It Comes To Whiskey, My Opinions Can Be ‘High Proof’
←Previous post Next post→