Among spirits geeks, Canadian whisky is an oft-maligned category, often thought of as a lighter, cheaper version of bourbon. But there’s more than that to our northern neighbor’s native spirit.

In many ways, Canadian whisky—like Canadian culture and language—exists somewhere in the gray area between its U.K. and American relatives. Its history, however, is distinct: it wasn’t Irish or Scottish immigrants, but German and English ones who were the first commercial whisky distillers in Canada. Much like in the British colonies south of the 49th parallel, rum was the most popular spirit among early white settlers in Canada, and it wasn’t until westward expansion pushed into Ontario that grain became the fermentable material of choice, thanks to the impracticality of importing molasses that far inland.

Early on, most whisky in Canada was made with wheat, since that’s what many Canadian farmers grew—the equivalent, at the time, of corn in Kentucky and Tennessee. At some point, distillers caught on to the fact that rye adds a dimension of flavor that wheat doesn’t have, and started adding it to their mash. To differentiate rye-flavored whisky from ordinary wheat whisky, customers called it rye whisky, a nomenclature that is used to this day for any Canadian whisky, including those that contain no rye. 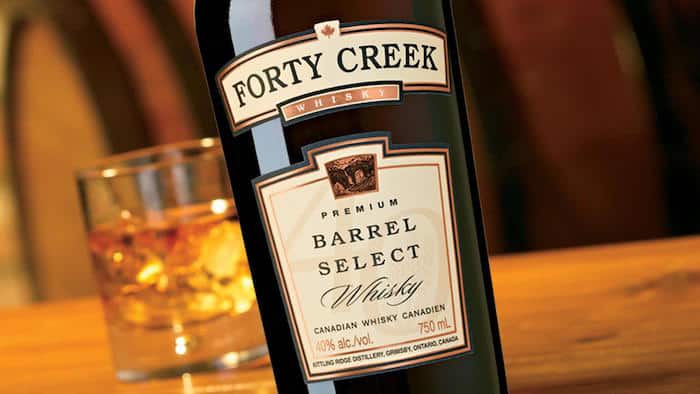 So what is Canadian whisky made of?

Today, it typically contains a high percentage of corn, not unlike bourbon. Unlike bourbon producers, however, Canadian distillers typically ferment and distill each grain separately, only blending rye, corn, and any other grains together as matured whisky (or, occasionally, as new-make spirits). Also, like with blended Scotch, Canadian whisky is made in two “streams”: high-proof, corn-derived whiskies called base whiskies, and lower-proof whiskies made with rye or other grains called flavoring whiskies. Base whiskies are typically aged in used barrels, while flavoring whiskies are usually aged in new barrels, or a mix of used and new barrels. Many barrels from both streams are then blended together to make each batch of whisky.

What about flavoring? The 9.09% rule is a much-discussed but poorly-understood legal quirk that gives Canadian distillers a tax incentive for adding American whiskey to US-bound exports—and Canadian law allows whisky to contain up to 1/11, or 9.09%, non-Canadian whisky or other booze. Whisky sold on the Canadian market doesn’t usually contain American whiskey, although it does sometimes contain small amounts of sherry as flavoring.

While Canadian whisky has often been seen, in the States, as a lightweight mixing whisky, that reputation isn’t entirely deserved—at least not anymore. While big names like Crown Royal, Seagram’s, and Canadian Club still dominate the market—and Canadian whisky has long dominated the American market, only being overtaken by bourbon in sales volume in 2010—a craft renaissance not unlike the one in the US is currently taking place up north. Good Canadian whisky, both craft and big-name, is heavy on caramel and oak, with big doses of fruit, spice, and other complex flavors.