“We knew we had something special with the launch of Barrell Seagrass last year and decided to take that same method of global sourcing and blending, both in whiskey and finishing materials, and apply it to a very special set of barrels,” said BCS Founder Joe Beatrice in a prepared statement. “BCS Gray Label Seagrass is an expression rooted in the profile of Barrell Seagrass, but at a level only achievable with older and higher proof whiskies.” 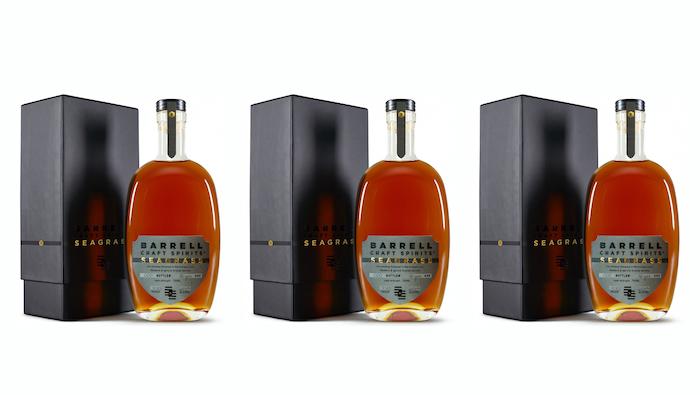 BCS Gray Label Seagrass distiller’s notes show that this expression began with two groups of 16-year-old, 100-percent Canadian Rye barrels … one with citrus and green apple notes and the other with earthy spearmint notes.

They ended up with a mature rye whiskey that the distiller’s notes describe as having a grassy aroma reinforced by fresh notes of aged Rhum Agricole. On the palate, the oily rye is complemented by the nutty madeira character that also balances that richness with acidity. Apricot brandy casks splash bright, sometimes tropical fruit over the finish before it reveals the maritime minerality that lends this whiskey its name.

BCS was founded in 2013 in Louisville, Kentucky, and they are known for selecting and blending products that explore different distillation methods, barrels and aging environments, and they bottle them at cask strength.

BCS’s backstock of a variety of casks lend to the wide variety of blends that allow them to maximize the nuances of each ingredient. Their whiskey has become known for creative finishes and a commitment to releasing each whiskey at cask strength without chill filtration.

BCS Gray Label Seagrass is now available at select retailers in its 48 U.S. markets and online at www.barrellbourbon.com. The suggested retail price for a 750ml bottle is $249.99.