Alberta Distillers recently introduced its signature core expression, Alberta Premium, to the U.S. for the first time. This follows the successful relaunch of the sought-after Alberta Premium Cask Strength Rye into the U.S. in 2021.

One of the top-selling 100-percent rye whiskies in the world, sales of the premium whisky helped the distillery garner the title “Distillery of the Decade” by the 2020 Canadian Whisky Awards.

Distilled in Calgary, Canada, Alberta Premium is made from 100-percent Canadian prairie rye grains grown by local farmers. The grains are nourished by nutrient-dense, glacier-fed spring water from the surrounding Rocky Mountains, which the distiller’s notes show result in a balanced whisky with unique flavors influenced by the natural climate and environment in which it’s made. 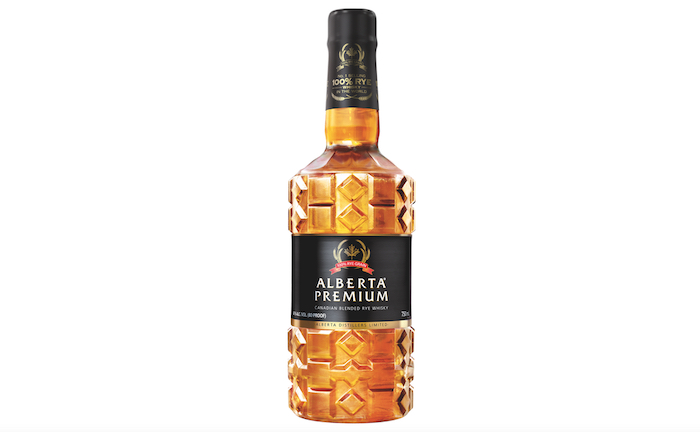 “We were thrilled by the response to our re-introduction of cask strength rye whisky to the U.S. last year, and this year we wanted to offer U.S. fans the opportunity to get their hands on the liquid we’re best known for,” said George Teichroeb, general manager of Alberta Distillers, in a prepared statement. “Alberta Premium showcases exactly what true Canadian rye whisky can be, and we’re proud to continue the tradition of producing the gold standard for Canadian spirits and using 100 percent rye grains to craft this distinguished liquid.”

Founded in 1946, Alberta Distillers uses what’s described as pure Rocky Mountain water and rich prairie grains grown by farmers who have worked with them for decades to create the foundation of the liquid they make.

Alberta Premium will hit shelves this month with a suggested retail price of $24.99 for a 750ml bottle.

For more information on Alberta Premium, check out www.albertadistillers.com and adl75.ca.