is certainly no stranger to controversy in the brown spirits world. His choice last year for his coveted World Whisky of the Year award was the Yamazaki Single Malt Sherry Cask 2013 from Japan. At the time this selection was something the Scotch whisky world was very thrown off by and now, for 2016, this trend of not choosing from Scotland continues via a Canadian whisky taking the crown for the same award.

In Jim Murray’s Whiskey Bible 2016, it was revealed this week, popular Canadian whisky brand Crown Royal’s Northern Harvest Rye was named top dog. This is a very interesting choice for a bottling which debuted just this past April for a price point of between $30 and $40. 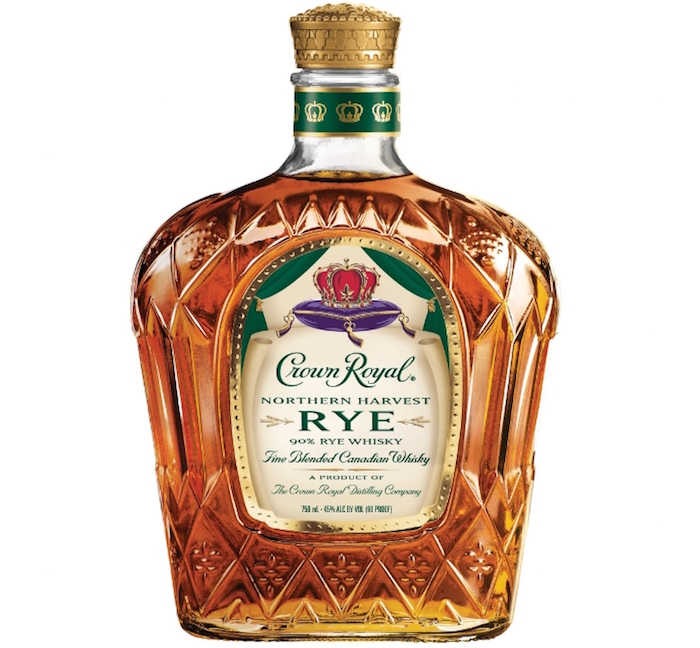 Crown Royal Northern Harvest Rye is the 2016 World Whisky of the Year.

As for what Murray had to say of his choice, here is his long quote on it from a statement released around his selection:

Last year people were shocked when I gave Yamazaki the award—until they tasted it. Then they saw it was not the affront to Scotch they first thought and something truly extraordinary. This year, doubtless there will be many more eyebrows raised because rarely is Canada mentioned when it come to the world’s top whiskies. But, again, I have no doubt people finding the bottling I tasted will be blown away with this whisky’s uncompromising and unique beauty. It certainly puts the rye into Canadian rye.

To be honest, I had been considering actually demoting Canadian whisky from having its own chapter in the Bible. The quality of Canadian has been disappointing me for some time with too many non-whisky products, like fruit juice or wine, being added to give a softer flavour.

Then Crown Royal Northern Harvest pops up out of nowhere and changes the game. I think other distillers out there have to have a close look at this and see if they can at least have a go at reaching where this new bar has been set. Otherwise the name of Canadian whisky will continue to decline against the high standards being set in other countries.

In his review of Northern Harvest, he scored it “a record-setting 97.5 out of 100 points.” Of it he said “rye, that most eloquent of grains, not just turning up to charm and enthral but to also take us through a routine which reaches new heights of beauty and complexity. To say this is a masterpiece is barely doing it justice.”

On top of this, as if to add insult to injury to the Scotch community, Murray put into the other top four slots Pikesville 100 proof Straight Rye from the Heaven Hill Distillery Kentucky; a pure pot still from Ireland, Midleton Dair Ghaelach; Buffalo Trace’s William Larue Weller bourbon and Yamazaki Mizunara from Japan. There’s no Scottish whisky in this list, making it “the second year running that Scotland has missed out in a top-five placing in the Whisky Bible.”

Reaction to this Crown Royal stable bottling as the best whisky in the world has, not surprisingly, been mixed. Officials from Crown Royal and Diageo, which owns the Canadian brand, were pumped:

“We couldn’t be more proud that Crown Royal Northern Harvest Rye is the first Canadian whisky to be named World Whisky of the Year,” said Alistair Kidd, Brand Director, Whisky at Diageo Canada in a statement.   “Crown Royal Northern Harvest Rye showcases the rye whisky that is integral to making Canadian whisky unique, and is a testament to the incredible distilling and blending that takes place in Gimli, Manitoba, the home of Crown Royal.”

In Scotland, meanwhile, the feeling was much the oppose, as you can read in this article from The Telegraph. You definitely get the sense that while whiskey is a global spirit in design, the regional communities which make up the greater whole take a lot of pride in their version and will express their pleasure or dissatisfaction when watershed moments such as this happen.

Crown Royal Northern Harvest Rye, by the way, is made in Canada’s Gimli Distillery, a rather remote facility located on the shores of Lake Winnipeg in central Canada. According to information from Murray, he first visited there in the mid-1990s, at which time he

described it in his Complete Book of Whisky as being located “where the Prairies are at their Prairiest”. The warehouses each year sit under a foot of snow and the usual -18 temperature in January can sometimes plummet to -40. It is, quite literally, many hundreds of miles from its nearest fellow distillery.

Should you want to hunt down a bottle of Crown Royal Northern Harvest Rye, here’s a list of online retailers who may be carrying it.

698
Shares
4.8k
Views
Share on FacebookShare on TwitterGet Our Newsletter
Cheers to the Dads! Personalize a bottle of his favorite whiskey to create a modern gift for the modern man. Use code: FATHERSDAY20 for $20 off your next order of $100 or more at ReserveBar