Wyoming Whiskey has, for a number of years now, been producing different variants of its Wyoming grain bourbon from its rustic distillery in that state. It is generally a well regarded whiskey, something we’ve noted in various reviews over time. Now word has arrived of a new bottling tied to an iconic symbol that’s represented on the Wyoming license plate.

Wyoming Whiskey Steamboat Special Edition Straight Bourbon, according to those behind it, is made from 100% locally sourced product and bottled at 90 proof. It is designed to be “smooth, easy-drinking, and slightly lighter than Wyoming Whiskey’s Small Batch bourbon with a red berry note complementing its customary vanilla and caramel flavor profile.” 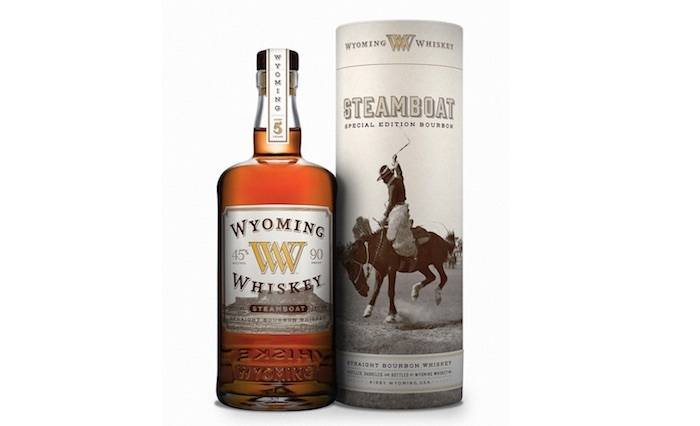 Enclosed in a a limited edition canister, the whiskey is named after the Cowboy State’s iconic symbol which is represented on the Wyoming license plate.  Steamboat was the name of an “unrideable” horse ridden by Clayton Danks in the Cheyenne Frontier Days rodeo in 1909.  While some controversy reportedly surrounds the identity of the rider, the duo is believed to be the bronc and rider that inspired Wyoming’s logo. The label of this bottle pays tribute to Chugwater, the birthplace of Steamboat, with an image of the Chugwater Cliffs.

“Steamboat Special Edition Straight Bourbon Whiskey may be found at Wyoming liquor stores throughout the state,” said Wyoming Whiskey co-founder David DeFazio in a prepared statement, “and, unlike the horse, this whiskey doesn’t buck.”

Plans call for the bourbon to be a 1,000 case release in Wyoming only, with each bottle pricing around $45.