In Washington State there are two whiskey distilleries known for being leaders in this spirit category in their part of the world. One is American single malt specialist Westland, and the other is Woodinville, makers of a number of quality bourbons and ryes. The latter has now been around for 10 years, and is celebrating that milestone with special celebrations and the release of distillery-only, limited edition whiskeys.

On February 9, according to those behind the distillery, Woodinville co-founders Brett Carlile and Orlin Sorensen, will host a 10th anniversary celebration at the distillery in Woodinville, Washington. On that day  will be introduced its distillery-only, limited edition Woodinville Triple Barrel Blended Whiskey Finished in Ardbeg Islay Scotch Barrels and its Woodinville Bottled-in-Bond Straight Bourbon Whiskey. Reservations are required for this event: a few spots remain available.

“It’s hard to believe it’s been 10 years since this incredible journey began,” said Sorensen, Woodinville Cofounder/ Managing Director, in a prepared statement. “From the early days of bottling parties with friends who helped us get whiskey from barrel to bottle, to past releases where folks have camped out overnight to be among the first in line, we’ve made connections that are invaluable. And they’ve all centered around whiskey. 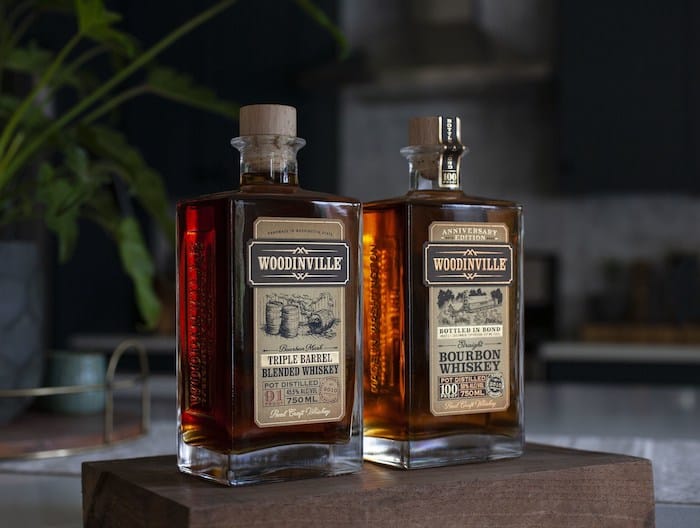 “The dream is to make the greatest craft whiskey in the world by bringing the time-honored traditions of bourbon production into a craft environment — using the highest quality locally grown grains from the Omlin Family Farm, the best barrels and coopers in the world, the most technologically advanced distilling equipment, and the mentorship of an industry icon, the late David Pickerell, former Master Distiller for Maker’s Mark.”

For those unable to make it to the tasting room this weekend for the event, bottles of the two whiskeys, which are detailed more below, will be available for purchase at the distillery while supplies last. Woodinville will release more special releases during 2020 as well.

As we noted back in 2016 when we visited the distillery, Woodinville Whiskey was already the largest distillery in Washington by a large margin. Their history has only gotten better since then, including an acquisition by  luxury wine and spirits company Moët Hennessy back in 2017.