Our recently completed, multi-part interview with former Maker’s Mark master distiller Dave Pickerell revealed, among other things, the fact he has served as a consultant for some of the top craft whiskey makers across the land. One of these happens to be Washington-based Woodinville Whiskey Co., which recently celebrated the release of its new flagship bourbon even as it plans for the debut of another whiskey this coming weekend.

Woodinville, when it opened the doors of its distillery some years ago, aimed to eventually have a full fledged bourbon which had been aged in full sized barrels. To this end, it waited around five years to bring to market just the other weekend its Straight Bourbon Whiskey, a 45% ABV offering which brought to Woodinville’s location hundreds of its fans who wanted to be among the first to get a hold of this new whiskey to call their own. 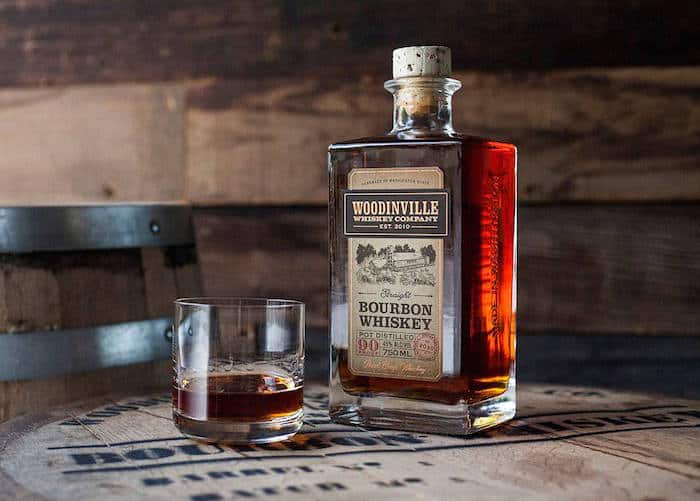 What’s in the bottle is 100 percent Washington state handmade, according to Woodinville. The mash bill for this bourbon draws from corn, rye and malted barley grown for the distillery by a local farm. After distillation it is aged in Central Washington rack houses, where “extreme temperature cycles promote the extraction of natural flavors from the oak.”

Woodinville Straight Bourbon Whiskey is pricing for around $55 a bottle and is only available in Washington at this time. There may be some retailers in that state, however, which can ship outside of there. Limited official tasting notes indicate a spirit with “aromas of crème brûlée and spice cabinet, as well as notes of rich caramel, dark chocolate, and vanilla bean on the palate with a sweet, lingering finish.”

Up next on deck for the distillery is its Straight American Whiskey. This is a rather curious bottling as, described by Woodinville on its Facebook page, it “is distilled to a higher proof than our bourbon, aged in a new, American oak barrel that was seasoned for 2 years prior to coopering, toasted and lightly charred, then re-barreled into a used bourbon barrel for another year before being bottled.”

255
Shares
1.1k
Views
Share on FacebookShare on TwitterGet Our Newsletter
Get The Glenlivet 18 Year Old at ReserveBar. Shop now!