As time draws closer to the annual running of the ponies at the Kentucky Derby in Louisville, so too do we see the annual release of bourbon bottlings associated with the horse race. One of the most important of these is the yearly Woodford Reserve artist designed bottle, which this year features the colorful artwork of Louisville artist Keith Anderson. 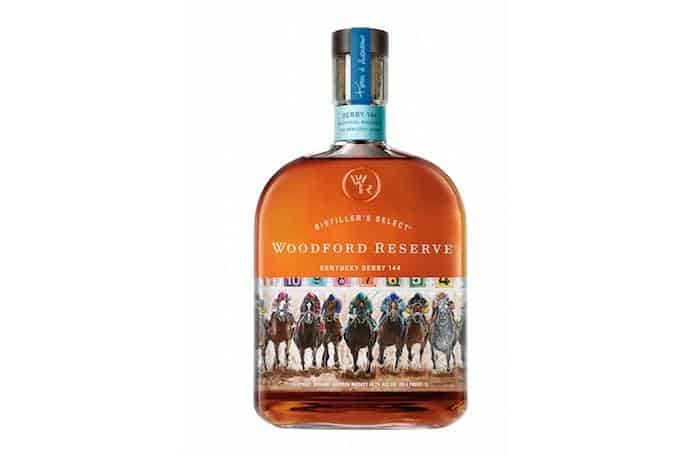 The Woodford Reserve 2018 Kentucky Derby Bottle, according to those behind it, is the 19th in this long-running series. It showcases an image of thoroughbreds as they head out from the starting gate, in the glory of their colorful racing silks. The story of how Anderson, who is actually a Brown-Forman employee, came to be the artist behind it is rather interesting. As Brown-Forman put it,

Anderson has for 11 years worked in the Bourbon Street Café, the private dining room at Brown-Forman headquarters in Louisville. At the 2017 company Derby party, while Anderson was stocking the bar, he told Mark Bacon, Senior Vice President at Brown-Forman: “These artists before me, they’re good, but I’m no slouch. One day, I will have that Derby bottle.”

Bacon told Anderson to send him some ideas and — before long — Bacon was quickly impressed by the talent of the artist.

Anderson has drawn and painted since he was a child, but he’s never been a full-time artist. He sold artworks to friends to pay his tuition at Murray State University and, later, at the University of Louisville. He now has a studio in his home where he paints quietly in the middle of the night and sells artwork mainly to friends and family.

Should you choose to seek out this bourbon, it is available now for around $44 per bottle.