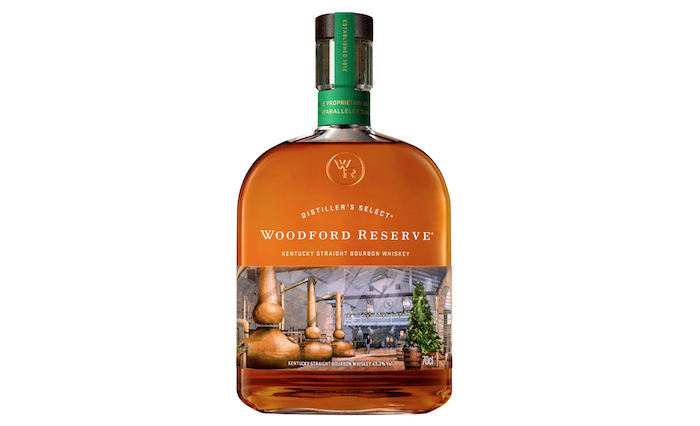 Hirst’s artwork on the label depicts Woodford Reserves’ “Still Room,” which is at the heart of the distilling process. The piece is titled “Copper and Stone,” and painted in watercolor and shows the three copper pot stills, lit from skylights above, in the iconic interior of the distillery building. This is the second year Hirst’s artwork has been featured on the annual holiday bottle.

Spiced Apple joins the Woodford Reserve and Williams Sonoma line of co-branded cocktail mixers to celebrate what’s described as the beloved fall flavors of Kentucky’s apple harvest. It is made with premium apple juice and raw Demerara sugar, flavors of fragrant cinnamon, ginger and cloves. It is suggested to pair with Woodford Reserve’s Kentucky Straight Bourbon Whiskey for what’s said to be the perfect holiday drink.

The one-liter holiday bottle is on sale across the United States and the globe with a retail price of $50. The Spiced Apple 16-fluid-ounce bottle is available on WilliamsSonoma.com and Williams Sonoma retail stores for $18.95.