Consumers and critics are said to have found the maple syrup barrel finish delivers a rich, smooth and slightly sweet mouthful of whiskey that includes a faint maple note. 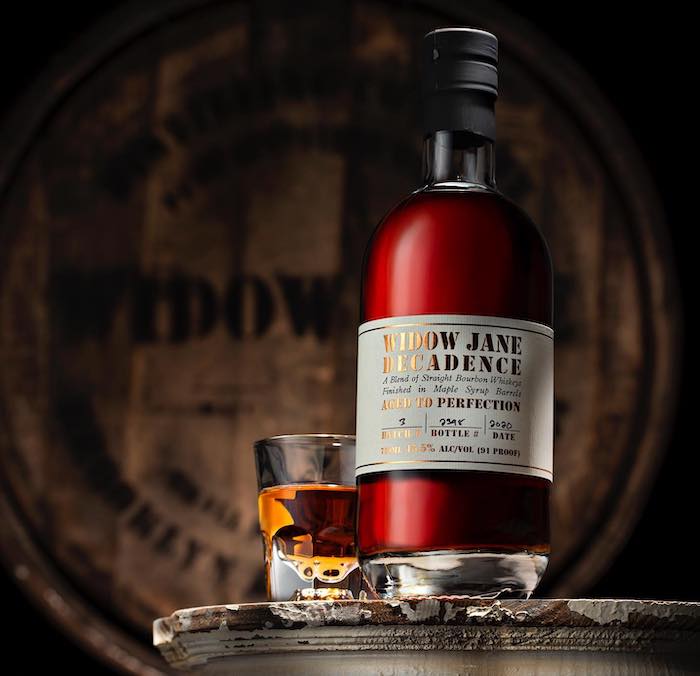 The Brooklyn-based distillery, led by president and head distiller Lisa Wicker, introduced the first 550 case batch of Decadence in April of 2020, along with the second batch, another 550 cases made available in October of that year, both selling out in a matter of days.

Wicker said that fact suggested the product’s popularity with consumers for winter warming cocktails like toddies and Old Fashioned riffs, and of course served neat or on the rocks.

Crown Maple makes its home in the Hudson Valley, not far from the famed Rosendale Mines where Widow Jane harvests limestone-rich water to proof its whiskeys.

The partnership between Widow Jane and Crown Maple dates back to 2014, when the distillery first provided whiskey for Crown’s bourbon barrel aged maple syrup.

“Finishing Decadence in barrels that previously contained Crown Maple Syrup serves to enhance the richness that bourbon lovers already associate with Widow Jane,” Wicker said in a prepared statement. “When we introduced the product in April 2020, it was so well received by the serious whiskey drinker. It became obvious quickly that we needed to follow up with another release.”

Now back on shelves, Widow Jane Decadence is bottled at 91 proof and comes with a suggested retail price of $89.99. Official tasting notes are below.