The Widow Jane Distillery out of Brooklyn, New York recently unveiled the 2020 version of its more premium Vaults bottling, focused upon older, higher end expressions. For this time around it is a marriage of 15-17 year-old Tennessee and Indiana bourbons finished in special oak casks for a time.

The new Widow Jane The Vaults 2020 Edition, according to those behind it, is a blend of 15-17 year-old Tennessee and Indiana bourbons from barrels hand-picked by Widow Jane president, distiller, and blender Lisa Wicker. These bourbons were then “finished in rare casks raised from five-year air-seasoned Appalachian oak. The cask finish imparts rich and deep flavors, and allows the discerning drinker to discover hints of dark sugar and unsweetened vanilla. Extended air seasoning is a technique that virtually eliminates tannins and greenness in the wood staves yielding a mellow flavor profile influenced by the passing seasons that is impossible to replicate.” 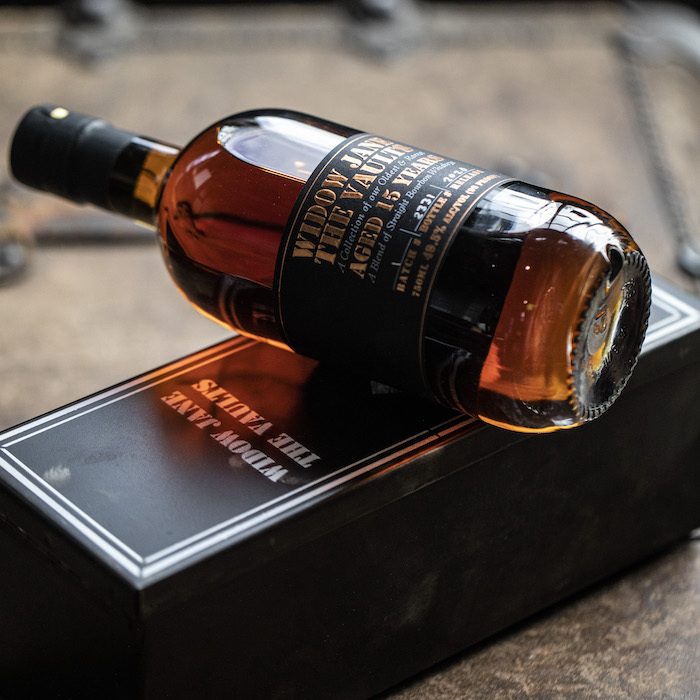 “Working with exceptional whiskey is remarkable,” said Wicker in a prepared statement. “Every barrel has a distinct personality, and blending them into an expression that is undeniably Widow Jane has resulted in a really special Bourbon I’m excited to share with our fans.”