Originally launched in 2020 as a private barrel program, Widow Jane’s 13-year-old bourbon “Lucky Thirteen” will now be a core member of its range of year-round offerings.

Initially released as a private single-barrel program at a variety of proofs, Lucky Thirteen will now be available solely at 93 proof small batches, with little more than a handful of barrels at a time, Wicker said in a prepared statement. 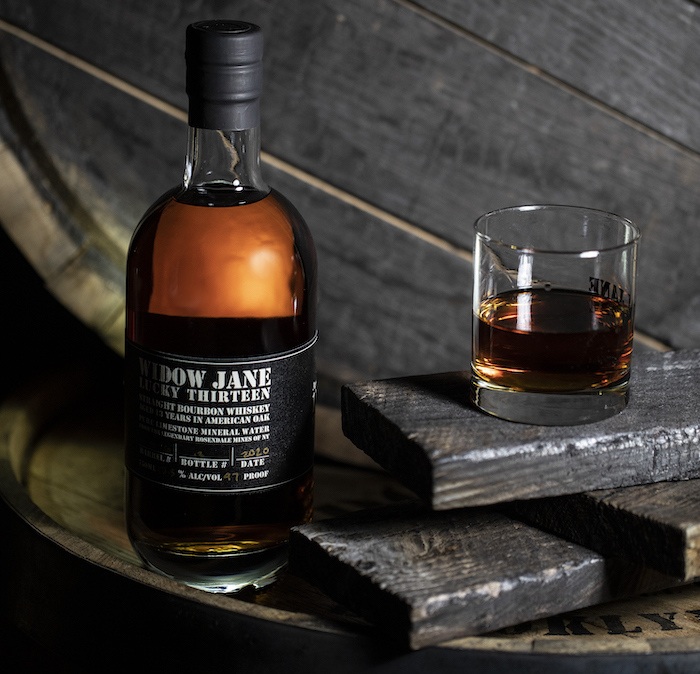 She noted that the blending process with these aged bourbons is delicate, and they do not chill filter, which she finds gives the whiskey a rich mouthfeel and lingering finish.

“I see the ability to share really special expressions, like Lucky Thirteen, with whiskey geeks and industry friends as one of the real gifts of this profession,” Wicker said. “As our stock of well-aged bourbon beyond 10 years continued to mature, we were able to match Lucky Thirteen to our signature blending process, consisting of bourbons from Kentucky, Tennessee, and Indiana. This was a very natural evolution for us, to make a rich, complex bourbon, while upping the ante in proof to 93, versus our 10 year bourbon’s proof of 91.”

Lucky Thirteen is available in 750 ml bottles at a suggested retail price of $99.99.

Widow Jane is an artisanal distillery located in the New York City neighborhood of Red Hook, Brooklyn. The company is named in homage to one the legendary mines in Upstate New York, from which the brand sources its proofing water.

Before becoming a natural reserve of what’s described as extraordinary mineral water, the mines produced the natural cement used to build some of the most iconic American landmarks, such as the Brooklyn Bridge and the Empire State Building, among others.

51
Shares
1.5k
Views
Share on FacebookShare on TwitterGet Our Newsletter
Get The Macallan® Rare Cask at ReserveBar. Shop now!